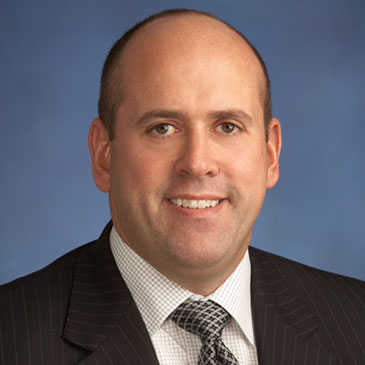 Schwartz “learned early in his career about tough times on Wall Street,” Bloomberg News wrote in a 2012 profile of Schwartz. He began his career in 1987 on the trading floor of J.B. Hanauer & Co. shortly before the “Black Monday” stock market crash on October 19, 1987, according to the same profile.

In 2014, Rutgers University named Schwartz, a native of Morris Township, New Jersey, to its Hall of Distinguished Alumni (HDA) in honor of his business successes and generosity to Rutgers.

Schwartz went on to work at First Interregional Equity Corp., Citicorp Securities and Summit Equities before joining Goldman Sachs, according to a Business Insider biography. He earned his executive master of business administration degree from Columbia University in 1996.

In 1997 Schwartz joined J. Aron, Goldman Sachs’ currency and commodity trading unit, as a vice president. He rose to Chief Financial Officer (CFO) in 2013, and continued in that role until April 2017.

As of January 1, 2017, Schwartz and David Solomon both are serving as President and Co-COO at Goldman Sachs. They succeed Gary Cohn, who left Goldman Sachs for a position in the administration of President Donald Trump.

Prior to assuming the CFO role in 2013, Schwartz was Goldman Sachs’ Global Co-Head of the Securities Division since 2008. From 2007 to early 2008, he was Global Head of Securities Division Sales, from 2005 to 2007 he was Head of North America Sales, and from 2004 to late 2005 he was Co-Head of the Americas Financing Group within Investment Banking. He was named Managing Director in 1999 and Partner in 2002. He is a member of the Goldman Sachs Management Committee and serves as Co-Chair of the firm’s Risk Committee and Finance Committee.

Schwartz received financial aid from Rutgers to complete his bachelor’s degree and dedicates his time and financial support to help support current students in their academic endeavors, according to his Rutgers HDA profile.  Among his many philanthropic efforts, he endowed a $1 million scholarship through Goldman Gives to annually pay tuition and fees for four full-time School of Arts and Sciences undergraduate students.

Schwartz has served on the Rutgers University Foundation’s Board of Overseers and the School of Arts and Sciences Dean’s Advisory Council. He also has served as chair of Rutgers’ Wall Street Leadership Committee, in which he has been a vigorous advocate of student mentoring and recruiting efforts through the Rutgers on Wall Street Initiative. He has championed an effort to provide financial support to students pursuing a career in the finance sector and helps to connect students with alumni executives.

He told Rutgers Magazine in 2014 that he was an indifferent student in high school, but that Rutgers “dramatically changed” him. “Mathematics, with the overlay of social and behavioral dynamics, immediately hooked me,” he said. “It’s where I learned to love learning.” He worked multiple jobs to put himself through college, and as a junior and senior, he served as a resident assistant at Rutgers.

On Saturday, May 3, 2014, the Rutgers University Alumni Association inducted Schwartz and four other alumni into the HDA:

Induction into the Rutgers HDA is the highest award Rutgers bestows upon its alumni. The award recognizes alumni who, through their remarkable achievements in professional and civic life, have brought honor to themselves and the university.