We present here links to pages celebrating the artistic and cultural history of Livingston College: 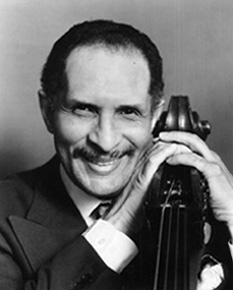 END_OF_DOCUMENT_TOKEN_TO_BE_REPLACED

The fall 2013 exhibition, On the Banks of the Raritan: Music at Rutgers and New Brunswick, was on view from October 9, 2013 until January 31, 2014, in the galleries on the ground floor and lower level of Alexander Library. The exhibit examined more than a century of New Brunswick’s musical landscape.

The exhibition featured documents, photographs, and artifacts from Special Collections and University Archives and the Performing Arts Library, including the papers of pioneering composer and Rutgers Professor of Music Robert Moevs.

The Music at Rutgers portion of the exhibit focused on students and professors who participated in the musical clubs and programs at Rutgers College, New Jersey College for Women (Douglass College), Livingston College, and Mason Gross School of the Arts from 1880 to the mid- to late 1980s.

Although the schools of Rutgers University functioned fairly independently for much of this period, this shared interest and passion for music as an activity, entertainment, and tradition united the student body. At Rutgers, music is as rooted in history and tradition as going to a football game, reading the Targum, participating in Yule Log or Sacred Path, or singing your Alma Mater at graduation.

On the Banks of the Raritan was on display in Gallery ’50 and the Special Collections and University Archives Gallery in the Archibald S. Alexander Library. The exhibition was curated by Flora Boros, Kathy Fleming DC ’08, Thomas Izbicki, and Fernanda Perrone.

Deborah Stokes, a 1974 graduate of Rutgers University’s Livingston College and a 2015 Livingston College Distinguished Alumna, was one of eight artists exhibiting their works at the “First Livingston Women’s Show” in 1972. She shared the following article documenting the experience (also attached as a PDF file): 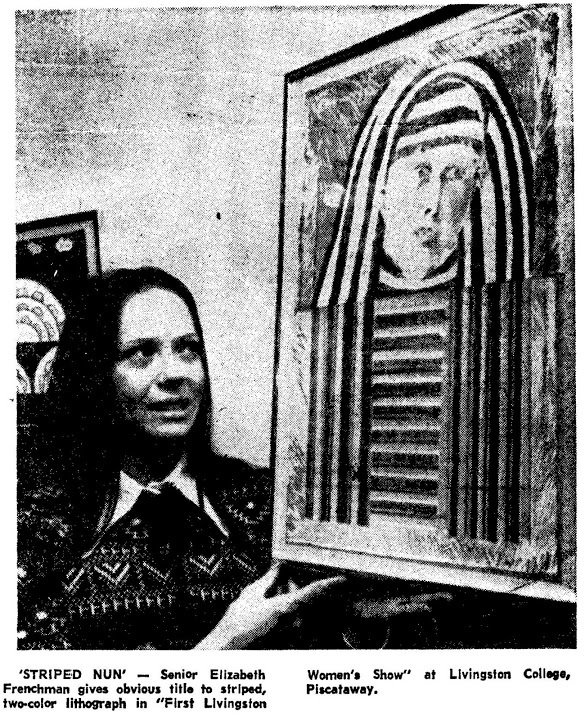 That’s proved by the “First Livingston Women’s Show” in the Livingston College Art Gallery, which features the work of eight female art students there.

“There is no overt ‘political’ art in the show, and those expecting to see a few fists and 2-D women breaking their chains will be disappointed,” said Elizabeth Frenchman, a senior majoring in lithography, who is showing two amusing color prints and a yellow vinyl “2-D or 3-D stitched sculpture” (with grommets), which at quick glance might be mistaken for an oversize apron.

“The art is women’s art, painted, woven, glazed by women serious about the creative life,” she declared.

This first show by women art students, which closes Thursday, is small, because the gallery in the new academic building complex is small. Competition was ruled out because of the gallery size. The exhibition consists of the work of eight students chosen by instructors in various art disciplines.

Cognizant of today’s transitory American art scene, she pays lip service to feminism in art but makes no commitment.

She explained: “The politics of the Women’s Movement have brought about a new tolerance of diverse life styles, while the American social structure is experiencing a change in identity as women move out of their traditional roles. Increasingly, women are creating the energy for new discoveries in artistic expression.

“For many years women’s artistic outlets have been controlled by the dominant forces in the art world. The Livingston Women’s Show follows the current trend away from the museum aesthetic and moves towards diversity in artistic acceptance. Although a women’s show helps to strengthen an artistic group seeking recognition, women’s art may suffer as much from new categorical definitions as from the old male dominance.”

The Livingston senior feels, “While some women’s art reveals an inherently feminine consciousness through socially influenced subject matter, stylistic elements are universal and cannot be designated exclusively feminine or masculine.”

“Specific media, however, have been traditionally sex-defined,” she said. “The functional art forms, including weaving and ceramics, are only now gradually acquiring the status of other fine arts.”

She pointed out, “Kim Blackburn (sophomore exhibiting weaving and macrame) and Eleanor Fetteroff (junior showing ceramics) consider their pieces to be more than craft.”

The show’s spokesman said Miss Blackburn believes her weaving is “as much an expression of (her) self” and Miss Fetteroff views her raku ceramics as the means to an aesthetic “sensory stimulation.” 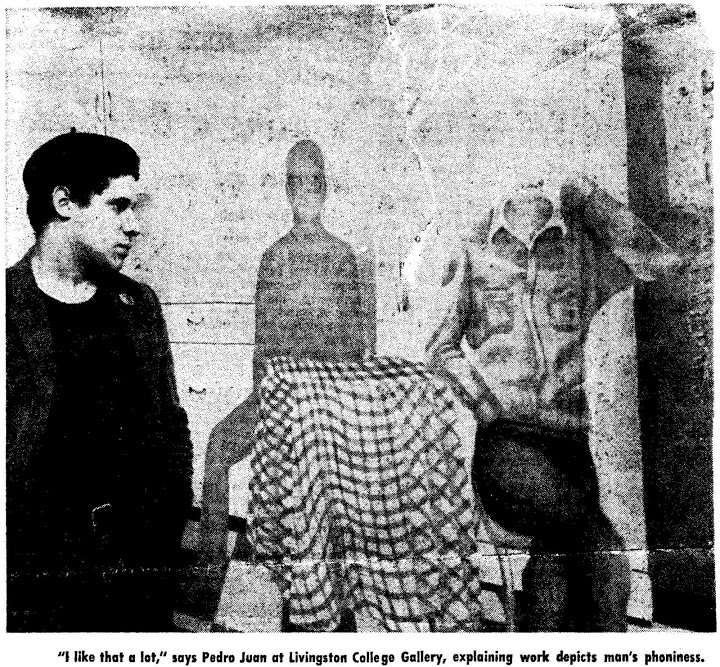 The grotesqueries by Inez Andrucyk, another junior studying ceramics, “are derived from human forms.” These whimsical, non-functional pieces beg to be handled.

Bonnie Carlson, a senior showing a big painting with surrealist overtones, so graphic that the stove door handle seems to project from the canvas, makes her eloquent statement as an artist, rather than as a woman.

“I like the paradoxes painting provides, the personal experience turned public. I live working with the two dimensional plane, aiming for the third (perhaps fourth) dimension … my concern is with reality, that level of mystery visible but yet invisible,” she declared.

Puerto Rican-born Pedro Juan, sophomore political science major visiting the gallery, voices a quick, crystal clear interpretation of his own on viewing the kitchen scene that shows a headless man with police cap and full-bodied shadow.

“I like that a lot,” he said of the surrealist painting.