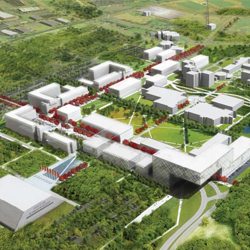 Dining, housing and academic buildings were some of the large construction projects undertaken from 2010 through 2013, to greatly expand the academic and student life offerings on Rutgers University’s Livingston Campus.

University Facilities & Capital Planning developed a website (updated through 2013) to communicate all Livingston Campus Construction information, including details on these major projects:

The Vision for the Livingston Campus is part of a long-term initiative to enhance the university’s campuses to attract top students and faculty, build alumni loyalty, improve the learning environment for students, and strengthen Rutgers’ ties with its host communities.

President Richard L. McCormick, in his 2006 Address to the University Community, called on Rutgers to develop “a unique academic identity for [Livingston] Campus, grounded in history but also focused on new horizons and opportunities.”

In 2011, the Rutgers student newspaper The Daily Targum interviewed students about the newfound appeal of the renovated Livingston Campus.

The construction was a long time coming: The university had announced tentative plans for large-scale construction in 1990 and 2004 as well. 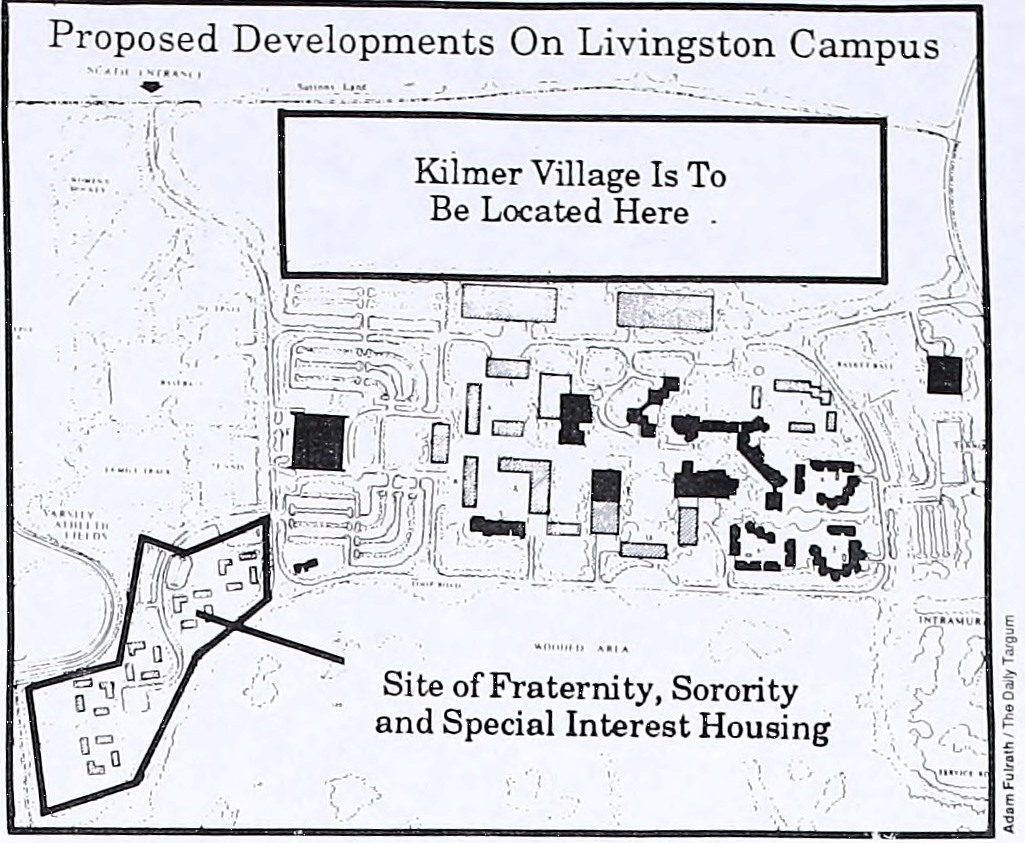 In 1990 the university announced plans to add Kilmer Village, an apartment and shopping complex, in approximately the same location as the current Plaza at Livingston Campus. The plans also included building 20 fraternity, sorority and special-interest houses at the intersection of Davidson Road and Metlars Lane, behind the Louis Brown Athletic Center. Among the hurdles: Piscataway Township contended that the housing portion of the project required local zoning review because the housing was not directly related to educational use. The university disagreed, and was seeking New Jersey Superior Court approval to proceed in January 1991.

In 2004 the university unveiled plans for a Livingston Campus project called College Town, in partnership with the Middlesex County Improvement Authority and Piscataway Township. Under the plan, the partners would have built a mix of student housing, affordable and market-rate housing, and retail space on a parcel bordered by Joyce Kilmer Avenue, Rockafeller Road, Suttons Lane and Road 3. The also plan would have established gateways to the campus, improved landscaping and expanded the Livingston Student Center, among other improvements.

Pictured: (Top) Rutgers’ original proposal for the Vision for Livingston Campus. Note that the Rutgers Business School had not yet been included in the plans. (Bottom) A 1990 proposal for development on Kilmer (Livingston) Campus, from a Daily Targum article dated December 12, 1990.