Abstract: Livingston College was planned in the late 1960s and opened in fall 1969 as part of Rutgers University-New Brunswick/Piscataway.  Ernest Lynton, its first dean and chief architect, envisioned a college that emphasized interdisciplinary studies, that had a faculty and student body who would carry what was learned in the classroom into the community, that would empower students to shape the college and their own education, and that would recruit significant numbers of new students from historically disadvantaged minority groups.  This “college of good intentions” fell short of Lynton’s hopes.  This article examines why this happened, but also seeks to illustrate the many ways the hopes for educational reform embodied in the college’s design foreshadowed what many universities, including Rutgers, would accomplish in the future. 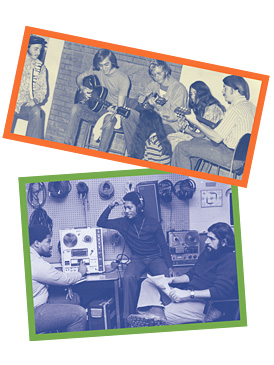 “More than 40 years ago, at the height of the Vietnam War, a bold experiment in higher education got under way at Rutgers. It was called Livingston College. During its formative years, the college’s ideals—from its progressive curriculum to its goal of serving underrepresented students—attracted distinguished faculty from top universities and ushered in the diversity that today is a hallmark of Rutgers.”

This article details and celebrates the history of Livingston College, which was one of Rutgers-New Brunswick’s undergraduate units from 1969 to 2007. A sidebar article details the transformation of the Livingston campus “into a state-of-the-art center for business and professional education.”

Abstract: An examination of Livingston College at Rutgers as an example of some of the difficulties and successes in the implementation of the “No One Model American” statement.

Abstract: Livingston College was established to provide a terminal social science program, particularly for lower-income minority students, though the majority of its students are Jewish and middle class. Despite efforts to make Livingston a model college, however, external social, racial, and economic variables cannot be controlled.

When Livingston College welcomed its first students in September 1969, many of the campus’ buildings, sidewalks, and landscaping were still under construction, with piles of mud throughout, giving rise to the original name of the student newspaper: The Mud Pile. Between 1969 and 2010, when Livingston had its final commencement, the Piscataway-based college was a hub of innovation for Rutgers University. Livingston  adopted the slogan “Strength Through Diversity,” which is now a foundation of the overall Rutgers University experience.