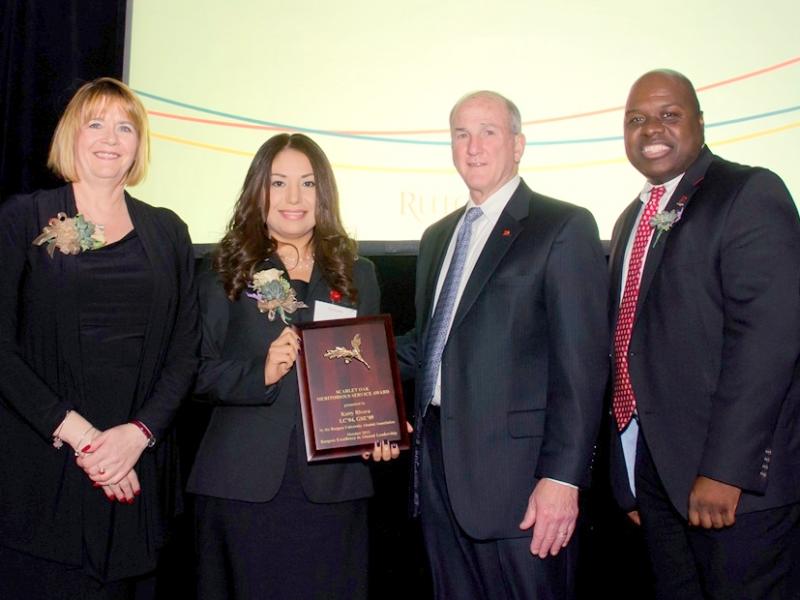 Rutgers alumna Katty Rivera, a member of Rutgers’ Livingston College Class of 2004, has served in many alumni leadership roles as a volunteer in support of both the Latino and Rutgers University communities.

The Rutgers University Alumni Association (RUAA) honored her with its Scarlet Oak Meritorious Service Award, part of the Rutgers Excellence in Alumni Leadership Awards presented October 25, 2013, as part of the Alumni Leaders Conference and Homecoming weekend. Established in 1974, this award recognizes alumni of Rutgers for their outstanding service to the university that extends beyond a specific area or volunteer role and serves as a model for all volunteers in the RUAA.

Since the establishment of the Latino Alumni Association of Rutgers University (LAARU) in 2009, Katty has volunteered in support of both the Latino and Rutgers communities. She has served in several capacities in LAARU, including sergeant at arms, fundraising chair, and LAARU leader. From 2010-2013, Katty served on the RUAA Board of Directors, participating in multiple committees, including chairing the Awards and Recognition Committee that selected the 25th Anniversary Class of the Hall of Distinguished Alumni. She was also a member of the Alumni Leaders Council Committee and was the Class of 2004 Reunion Campaign Chair.

In addition to her work with the RUAA, Katty has participated in the Committee of Public Relations for the Peruvian American Political Action Committee, serves as director of organizational development for the Peruvian American Coalition – New Jersey Chapter, and is a steering committee member for the Elección Latina at the Rutgers University Center for American Women in Politics. Katty also is a 2009 graduate of Rutgers’ Graduate School of Education.

As of 2021 Katty serves as a project coordinator at the Mental Health Technology Transfer Center Network, Northeast and Caribbean. She is also a member of the advisory board for Rutgers’ Center for Latino Arts and Culture. 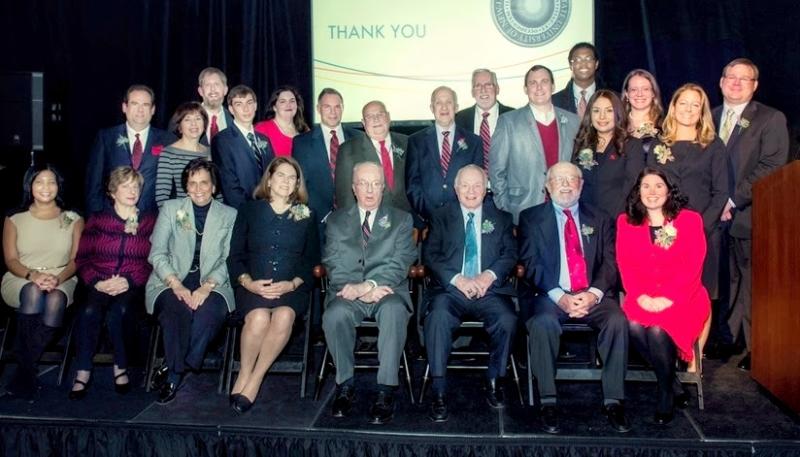 The RUAA presents the Rutgers Excellence in Alumni Leadership Awards annually to recognize those alumni and other members of the university community who devote their time and talents to further the mission of the alumni association and the university.