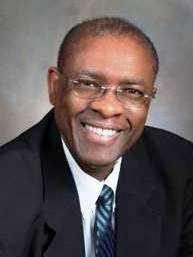 Noah Hart, Jr., a 1973 graduate of Livingston College at Rutgers University who attended the college for two years, edited its 1973 yearbook, Livingston in the Retrospect, 1969-1973. In the yearbook he included the following reflections on Livingston’s first four years:

On September 11, 1969, Dean Earnest Lynton addressed 300 students and faculty members on the newest branch of Rutgers University, Livingston College. One of the few times in the history of higher education in the United States had a dean of a predominately white higher education institution addressed such a racially mixed student body, and faculty.

Twenty-five per cent of Livingston’s student population was Black or Puerto Rican, the highest in the nation for a predominately white higher education institution. The faculty was composed of scholars from throughout the United States and the world. There too, minority people composed at least twenty per cent of the total.

On May 31, 1973, the students who entered Livingston that day in September, 1969 will graduate. They will be among the first official graduating class from Livingston College.

Then University President, Dr. Mason Gross called the opening of Livingston “A historic event,” because it was something new.

Livingston is still “something new”, and has a great deal to accomplish. From the 700 students who made up the original Livingston College class of 1969, has sprung a student body of 2800.

The college has grown from the mud coated, and pebble ridden, always growing embryo of 1969, to a modern and attractive addition to the Piscataway Township landscape.

Student life centers around a large games room in Tillet Hall, numerous dormitory lounges, and a huge newly completed gymnasium in the rear of quads II and III.

After only four years, the student population of Livingston College has sent men and women into many leadership roles in neighboring communities, and to many graduate schools.

The student body at Livingston College also has it’s own intercollegiate athletic program, which competes with teams on a small college level. Livingston teams compete in the Metropolitan Club Football Conference, in which they are the 1972 champions, and compete in the National Club Sports Association, which has recently ranked the football club as the 13th best in America.

Livingston has grown quite a bit since that day in September 1969. The student population has grown, the physical structure has been vastly improved, the student body is a great deal more stable, and education is the main topic of discussion.

Of all the classes which came before, and that will follow the class of 1973, non deserves more credit and acclaim than they.

Following four years of trekking to classes through mud, incompleted buildings and a host of other physical and social obstacles, the class of 1973 has found the endurance to set the pace for the many classes to come.