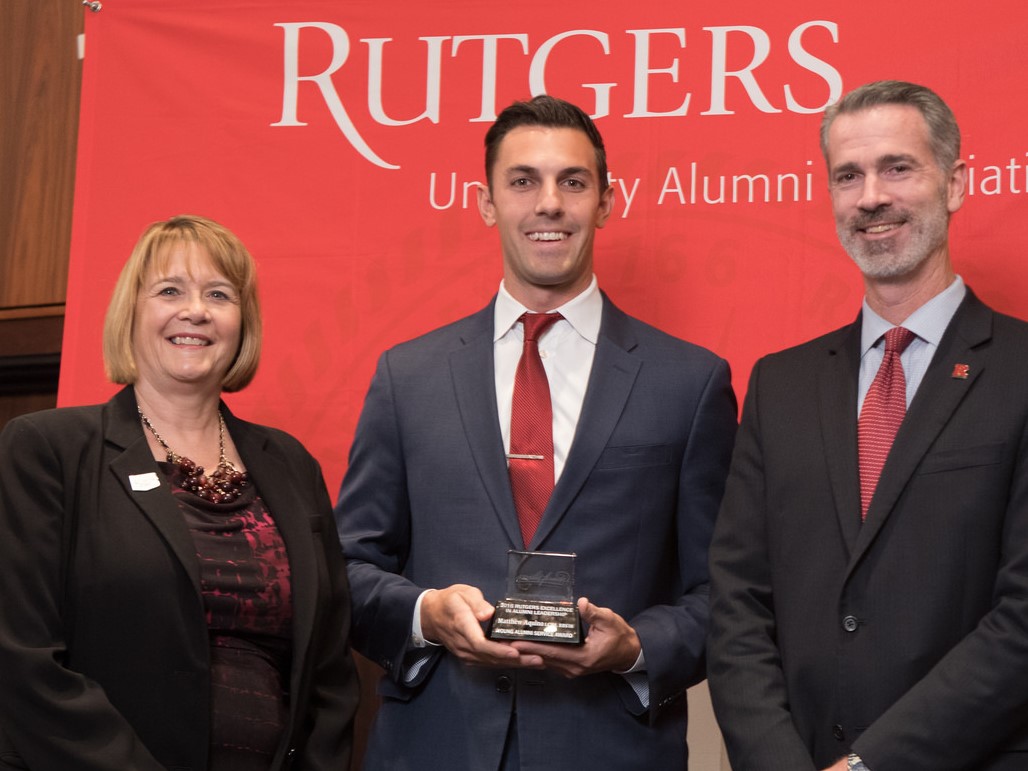 Matthew Aquino, a volunteer mentor for students at Rutgers Business School, was honored in 2016 with the Young Alumni Service Award, presented by the Rutgers University Alumni Association (RUAA).

Aquino, a 2008 graduate of both Rutgers’ Livingston College and Rutgers Business School (RBS), has volunteered with RBS’ TeamUP mentoring program since 2013. He has mentored five Rutgers students, and contributed to both their personal and professional development. Aquino spends numerous hours on the phone with his mentees, arranges in-person meetings, and invites them to visit his office. All his mentees have successfully completed their internship programs and earned full-time offers upon graduation. In addition to being involved in the Rutgers University TeamUP, Aquino has also volunteered for his five-year class reunion campaign. Aquino and three other classmates helped raised more than $20,000 for Rutgers through fundraising efforts.

Aquino has been a director of change management at Apollo Global Management LLC in New York City since March 2014. He previously was an assistant vice president at Barclays Investment Bank.

Photo: Matthew Aquino, center, accepts the RUAA’s Young Alumni Service Award from Donna K. Thornton, Rutgers’ Vice President for Alumni Relations, and Timothy S. Farrow, Chairman of the RUAA Board. The award was presented as part of the Rutgers Excellence in Alumni Leadership (REAL) Conference and Awards on October 14, 2016.