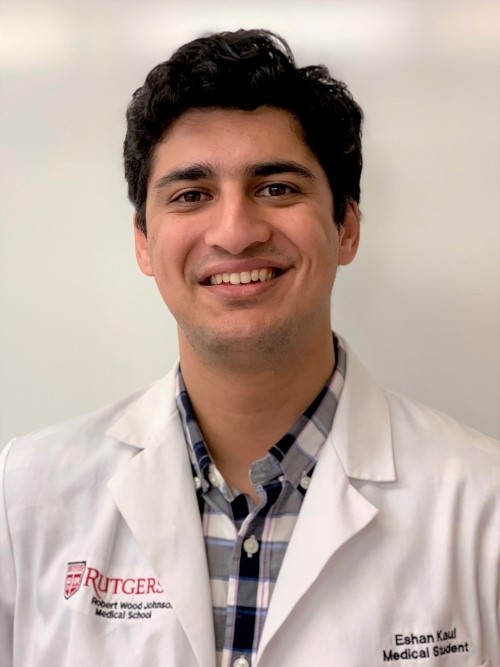 Eshan Kaul (SEBS’19), an aspiring medical doctor from Green Brook, New Jersey, has been named as the 2019 recipient of the Riki Jacobs Livingston Pride Award, given by the Livingston Alumni Association (LAA) of Rutgers University-New Brunswick.

Kaul earned a Bachelor of Arts from Rutgers’ School of Environmental and Biological Sciences (SEBS) in May 2019, as an Honors College scholar, with a major in Biological Sciences and a minor in Psychology. At the same time, he completed his first year of study at Rutgers’ Robert Wood Johnson Medical School (RWJMS), under a seven-year Rutgers-RWJMS BA/MD program. He plans to earn a master’s degree in Public Health at Rutgers, before graduating as a medical doctor in 2022.

While Kaul has excelled in academics at Rutgers, he has also served as a role model for his fellow students and for elementary school students in New Brunswick. In 2016 he was one of the co-founders of Access to Education (A2E), a Rutgers-led tutoring program for pupils in first, second, and third grades at New Brunswick’s Roosevelt Elementary School.

In his award essay, Kaul writes that the odds were stacked against him and his colleagues founding A2E, with officials from Rutgers, the city, and the school district saying that he was too idealistic.

“To our surprise and joy A2E was a smooth success, and we received lots of positive feedback from the kids, teachers, and volunteers alike,” Kaul wrote. “Personally though, I took the most pride in connecting with one of the “troublemaker” students Joshua. He was quite the rascal, but I never did stop laughing when I was around him. By the end of the semester, Joshua would start his homework without being told, could read the descriptions on all his Pokémon cards, and even picked up other people’s trash. That is my pride: by not giving up, Joshua and I were able to become friends, and both of us are better people because of the other.”

The A2E tutoring program is a program of Rutgers’ Youth Empowerment Club (YEC), which partners with the New Brunswick-based nonprofit organization Youth Empowerment Services (YES). YES was founded in 2003 and provides after-school activities, summer camps, and mentoring programs for at-risk youth in New Brunswick. Kaul previously served as YEC’s President, and currently serves on the board of YES.

During his undergraduate career, Kaul traveled to several locations to gain a better understanding of important global issues: food insecurity and educational inequality in Tulsa, Oklahoma; health, well-being, culture and social inclusion in Thailand; and the impact of immigration on education and American society in Boston.

At home, he co-founded a Rutgers group called Knights Table, as a means to improve civil discourse, and helped draft legislation to remove health-risking philosophical and religious exemptions for vaccines in New Jersey. 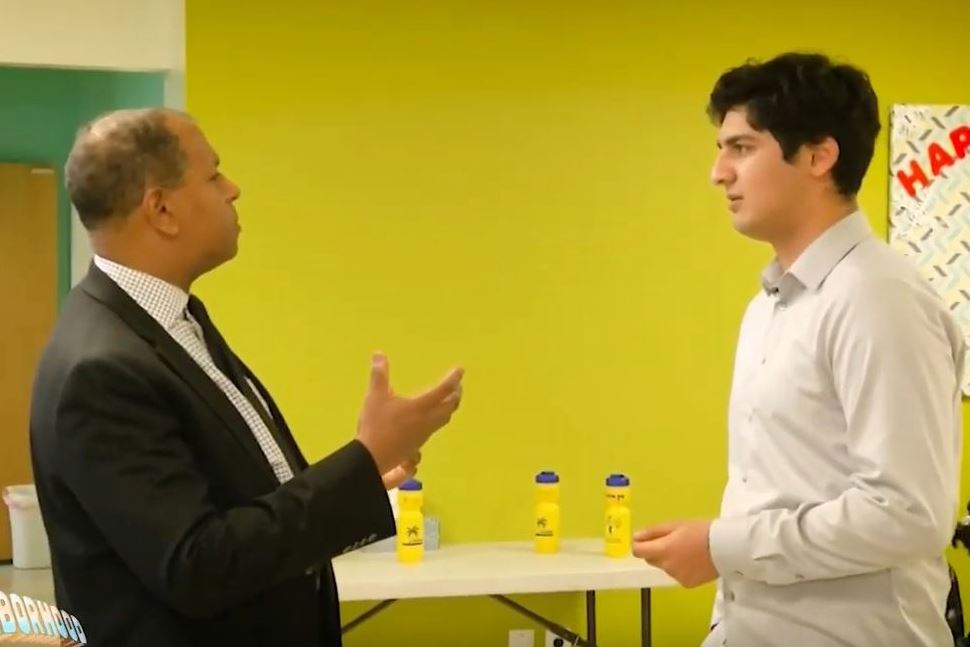 Kaul writes that he has “a lot of Rutgers pride — perhaps a little too much — and I’m not afraid to wear it on my sleeve. For example, I can tell you important dates in Rutgers history and my email signature is ‘In Rutgers Spirit.’ ”

With this Rutgers pride comes a commitment: “When you walk down George Street, you’ll hit the beautifully designed Honors College, the immensely green quad and flower beds of Voorhees Mall, until suddenly you hit the train station, with its ever-present wet walls and crumbly staircases.

“With this in mind, it’s important to remind ourselves of the fact that Rutgers is a land grant institution, and how it is part of our mission to perform public service in support of the needs of the citizens of the state. But I would argue it’s more than that: we are members of the Rutgers community, nay the greater New Brunswick community, and it is our duty to be active citizens who want to support our neighbors as best we can.”

The Riki Jacobs Livingston Pride Award has been given annually since 1990 by the Livingston Alumni Association (LAA) to the Rutgers-New Brunswick graduating senior who most embodies the spirit of Livingston College and its attributes of leadership and social action. Livingston College is a former undergraduate college of Rutgers which was merged into the School of Arts and Sciences in 2007.

Riki E. Jacobs (1957-2009) was the director of the Hyacinth Foundation, an AIDS support organization, among many roles she fulfilled to assist vulnerable populations, and also was one of LAA’s first Livingston College Distinguished Alumni, honored in 2000.