Riki E. Jacobs, a 1980 graduate of Livingston College at Rutgers University, served as executive director of Hyacinth AIDS Foundation from 1993 until her death in 2009.

In 2000, Jacobs was named one of the first four Distinguished Alumni by the Livingston Alumni Association of Rutgers University (LAA).

In 2010, the LAA renamed its award for an outstanding graduating undergraduate senior, to the Riki Jacobs Livingston Pride Award.

Hyacinth AIDS Foundation was a “mess” and “about ready to go under” when Jacobs joined, said Jerry McCathern, Hyacinth’s senior director of development at the time of Jacobs’ death. “Riki could have been a hero or the agency could have failed,” McCathern said. “It would have failed under most people, but she took it from there to present, in that we have become the ‘premier AIDS service agency in the state.’”

Under Jacobs’ direction, Hyacinth became the only organization in New Jersey with a public policy and community organizing staff dedicated to protecting the rights and benefits of people living with HIV/AIDS in New Jersey. During her tenure at Hyacinth, Jacobs served as a fellow of Leadership New Jersey 1995.

At the time of Jacobs’ death, New Jersey Governor Jon S. Corzine called her “a guiding light in the fight against HIV/AIDS in New Jersey for more than 25 years. She was an articulate and compassionate voice who was highly respected for her efforts to ensure health care access for those living with, infected with, and affected by HIV. Riki’s vision and unwavering commitment will be greatly missed.”

Prior to her service with Hyacinth, Jacobs served as a staff attorney and the assistant director for New Jersey’s Commission on Sex Discrimination in the Statutes, where she advocated for laws impacting victims of domestic violence and sexual assault. From 1982 to 1992 Jacobs was the director of development at the New Jersey Association on Correction (NJAC) where, among other responsibilities, she provided AIDS education to inmates in county jails. In the late 1980s she realized the devastating impact of HIV/AIDS on the association’s clients. As a result, she developed one of the first pre-release programs in the country targeting offenders living with HIV/AIDS and also created an HIV/AIDS prevention and education program at the Mercer and Middlesex County correctional facilities.

She had been involved since 1986 with organizing local and statewide coalitions. She co-founded the New Jersey Women & AIDS Network (NJWAN), an organization devoted to address the impact of AIDS on women in New Jersey. She was also responsible for the development of NJAC’s first domestic violence shelter in Passaic County.

Jacobs was strongly committed to the work of the non-profit community. She served on the boards of the Center for Non-Profits and the New Jersey chapter of the American Civil Liberties Union (ACLU). She also served on the advisory board of the New Jersey AIDS Partnership. Since the administration of Governor Jim Florio, Jacobs had served as a member of the Governor’s Advisory Council on HIV and other blood-borne pathogens. 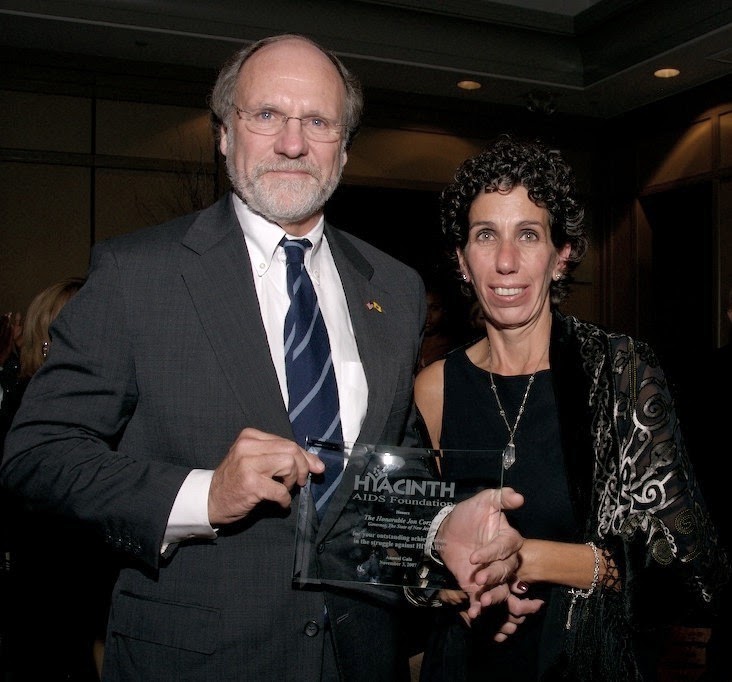 Jacobs received numerous awards and recognition for her work, including: honors in 1998 from NJWAN, the AIDS Benefit Committee of NJ (Humanitarian Award) and the Middlesex County Commission on the Status of Women (Women of Excellence Award for her work in the AIDS field); the Public Policy Leadership Award from the New Jersey Public Policy Research Institute in 2003; and the Humanitarian Award from the Health Care Foundation of New Jersey in 2007.

Jacobs, born on November 12, 1957, and raised in Union, New Jersey, earned a Bachelor of Arts degree from Livingston College in 1980, and a Doctor of Jurisprudence (J.D.) degree from Rutgers University School of Law (Newark) in 1989.

Jacobs, who died March 14, 2009, was survived by her husband of 22 years, Angel M. Perez; children, William, Eli and Kara; her sister, Ellen; her brother, Robert; and her parents, Harold and Betty.