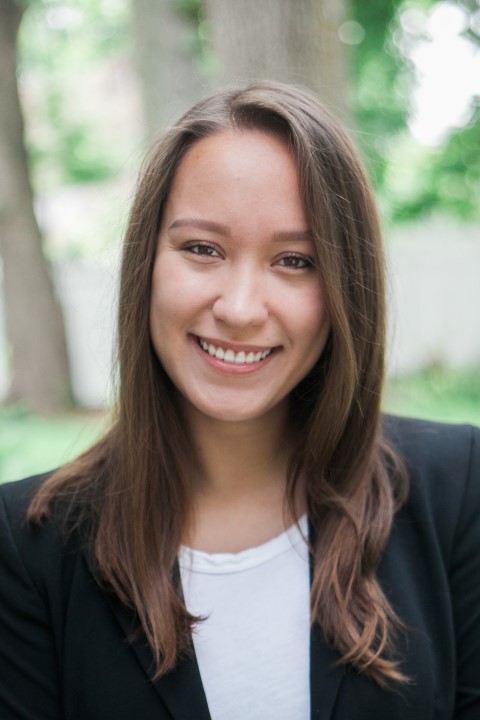 Maria Alba (SAS’17), an aspiring clinical psychologist from Cranford, New Jersey, has been named as the 2017 recipient of the Riki Jacobs Livingston Pride Award, given by the Livingston Alumni Association of Rutgers University. She will begin studies toward a Doctor of Psychology degree at Rutgers’ Graduate School of Applied and Professional Psychology in fall 2017.

In 2013, the summer before she entered Rutgers’ School of Arts and Sciences, Alba attended an orientation program about campus sexual assault and bystander intervention. Around the same time, a friend confided that she had been the victim of sexual and domestic violence. “I wanted to fight for justice for her, and for every other individual whose voice has not been heard,” Alba wrote in her essay for the award.

“The message was clear: If you see something wrong, say or do something. Be a positive, active bystander no matter how big or small your intervention.”

As a member of the SCREAM Theater staff, Alba traveled throughout New Jersey and across the country to educate people about sexual and domestic/dating violence through improv theater. She also created a video called “I Am Part of the Revolution,” showcasing other student leaders who spoke about why they choose to take a stand.

In her undergraduate research, Alba studied the effect of stress on health issues such as smoking and obesity, especially among minorities and women who identify as lesbian or bisexual. She also conducted research on psychotherapy and counseling as it related to the gay liberation movement at Rutgers from the 1950s to the 1980s. In fall 2016 she taught an introductory seminar on psychology to first-year students.

Alba has garnered numerous awards for her academic performance, and for her work on women’s and gender studies, women’s rights, and violence prevention and victim assistance.

“I believe a successful leader knows when to lead and when to listen,” she said. “I have carried this lesson with me throughout my life as an activist, student leader, and an aspiring clinical psychologist.”

The Riki Jacobs Livingston Pride Award has been given annually since 1990 by the Livingston Alumni Association (LAA) to the Rutgers-New Brunswick graduating senior who most embodies the spirit of Livingston College and its attributes of leadership and social action. Livingston College is a former undergraduate college of Rutgers which was merged into the School of Arts and Sciences in 2007.

Riki E. Jacobs (1957-2009) was the director of the Hyacinth Foundation, an AIDS support organization, among many roles she fulfilled to assist vulnerable populations, and also was one of LAA’s first Livingston College Distinguished Alumni, honored in 2000.