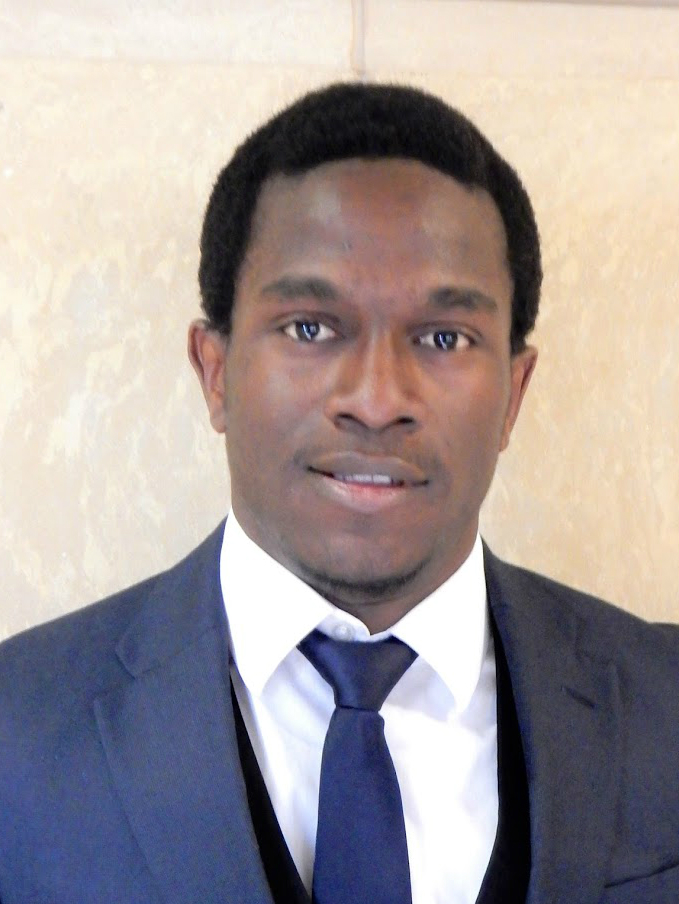 Victor A. Mensah (pictured at right) has been honored as the recipient of the 2016 Riki Jacobs Livingston Pride Award, given by the Livingston Alumni Association (LAA) of Rutgers University.

Mensah, a first-generation college student, is a May 2016 graduate of the School of Arts and Sciences-New Brunswick at Rutgers University, where he has majored in Biological Sciences with a concentration in Urban Health. He’s continuing his studies at Rutgers in fall 2016, entering Robert Wood Johnson Medical School’s Class of 2020, seeking a Medical Doctorate degree.

During his first year at Rutgers, Mensah’s path was not so certain, as he was struggling and at risk of losing his scholarship. A friend took Mensah under his wings and helped him manage his time better and build relationships with professors and student clubs. Soon thereafter, Mensah was on the Dean’s List.

Mensah’s work with a mentor gave him the idea to create a peer-mentoring program to pair first-year, first-generation college students with upperclass students. In three years, the Student Support Services Peer Mentoring program has grown from 13 students to 120 students projected for fall of 2016. 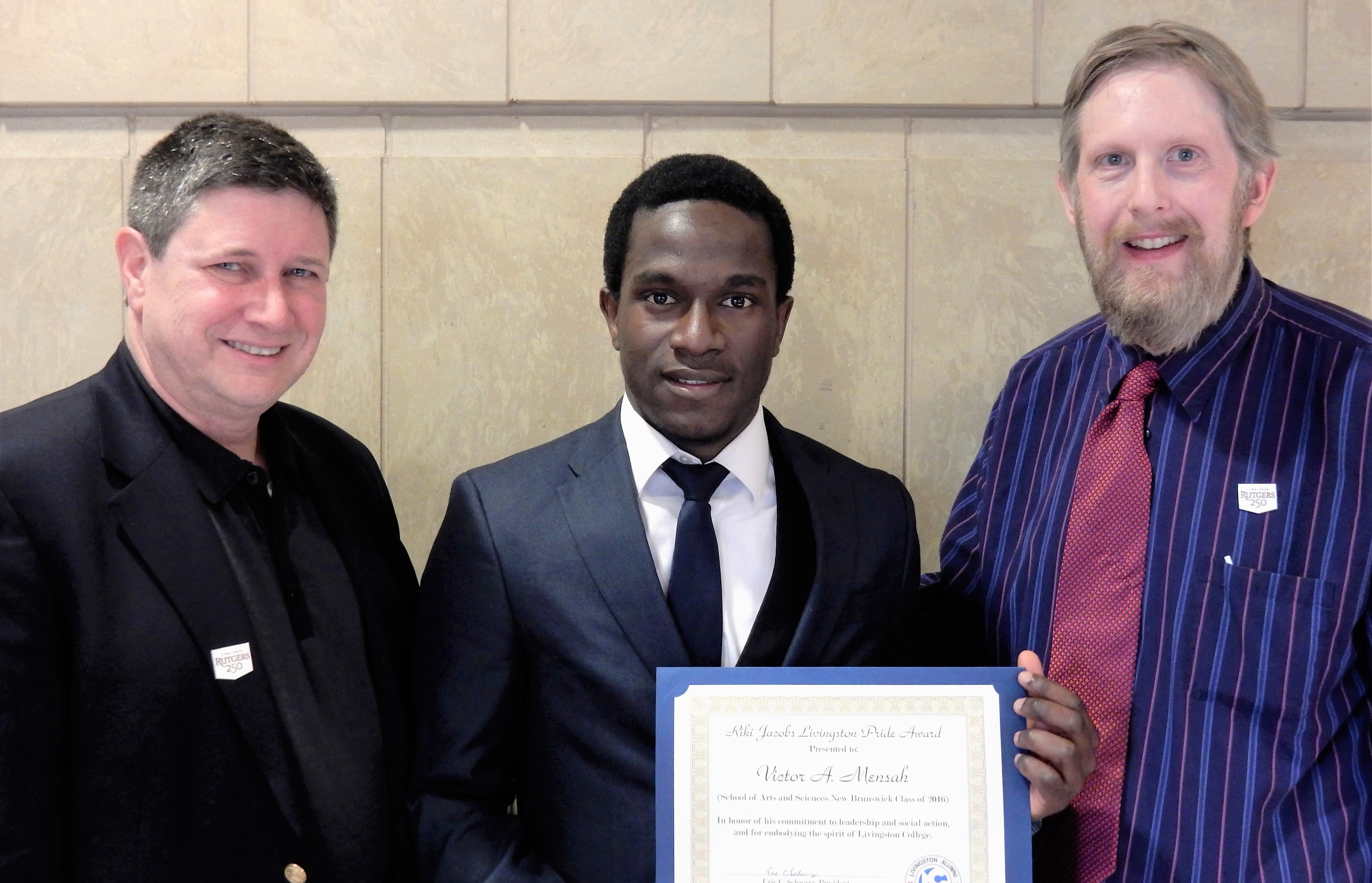 Mensah also has volunteered as a mentor to high school students interested in a career in medicine, as a high school track and field coach, and a math and science tutor at New Brunswick High School.

Mensah wrote in his award application essay: “As a tutor of all grades from high school freshmen to seniors, one thing is apparent, the older the students get, the less interested they become in the sciences.” He feels strongly that there is a lack of minority representation in the STEM (Science Technology Engineering and Mathematics) fields. This drove Mensah to seek propose and seek grants for a summer math and science camp to show inner-city youths that science and engineering can be fun and interactive.

The LAA presented the Pride Award to Mensah at a Theater Night reception on Sunday, April 24, 2016. 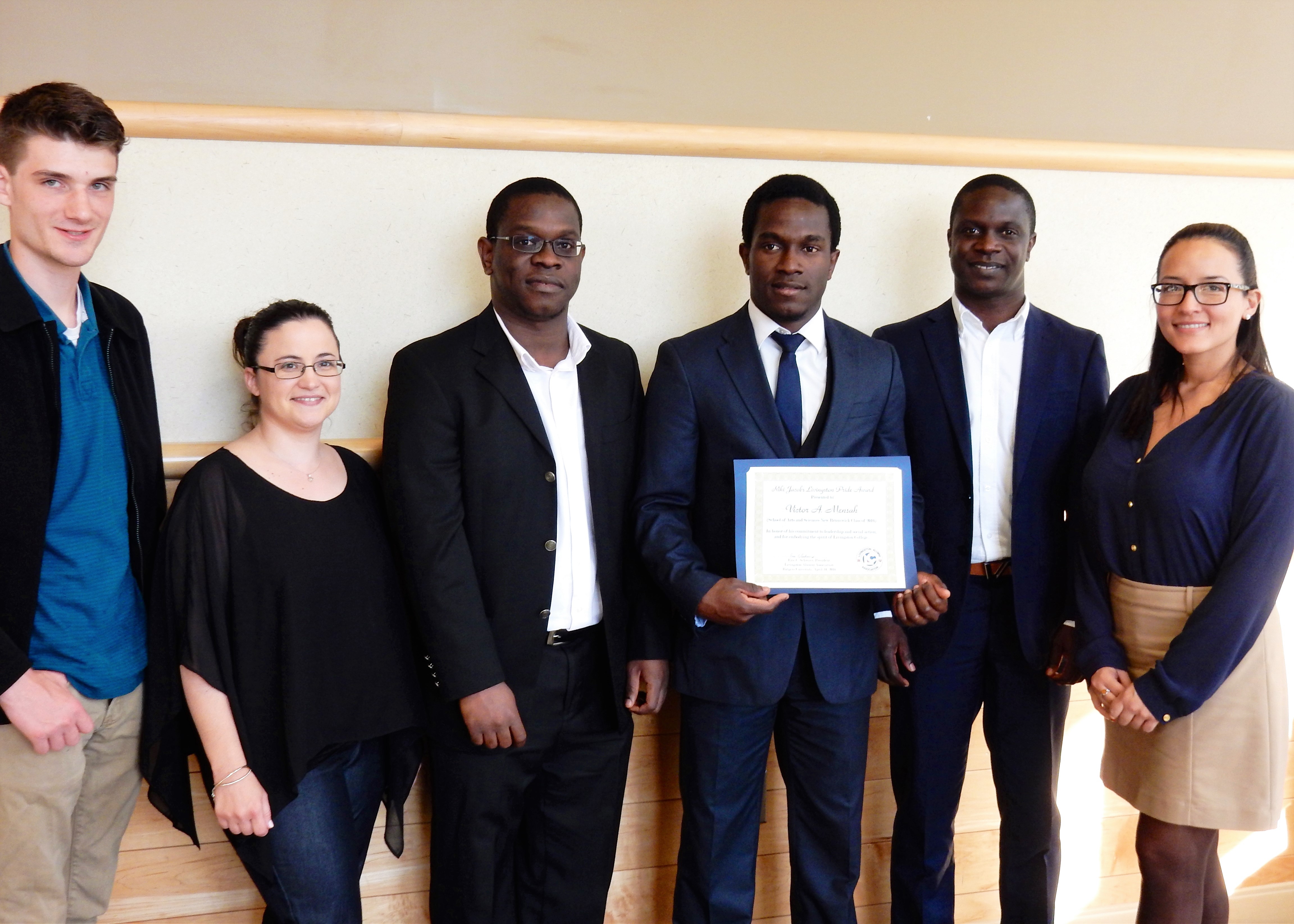 Since 1990, the LAA has given the Riki Jacobs Livingston Pride Award to the Rutgers-New Brunswick graduating senior who most embodies the spirit of Livingston College and its attributes of leadership and social action. The award is named after Riki Jacobs (1957-2009), a guiding light in the fight against HIV/AIDS in New Jersey for more than 25 years. At the time of her passing, New Jersey Governor Jon Corzine called Jacobs “an articulate and compassionate voice who was highly respected for her efforts to ensure health care access for those living with, infected with, and affected by HIV.”