From 2015-2019 Alumni Weekend was held in conjunction with Rutgers Day: 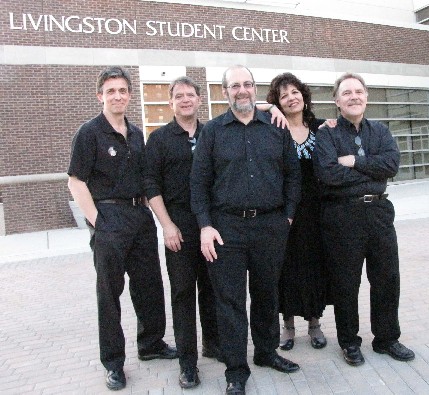 Reunion 2010, held May 14-16, featured exciting events, including socials, family events and class dinners, and a special Livingston-only cocktail reception with a reunion performance by Larry Friends and Family, a light-rock band which consists of members of Livingston’s graduating class of 1972.

According to Rosemary Eads, a band member who was a dorm advisor in House 19, “Some of the band members were also Livingston students, and we often played in the commuter lounge, not to mention many nights in the hallways of House 19. The band broke up after a few years, but recently reunited after a 30-year hiatus.

“We play light rock with great harmonies, and we’re actually still pretty good! We recently performed at the Strand Theater in Lakewood, opening for the Strawbs, in addition to a variety of coffeehouses in New Jersey and Pennsylvania.”

An archived version of the band’s MySpace page lists 10 songs from the group’s album Cycles.