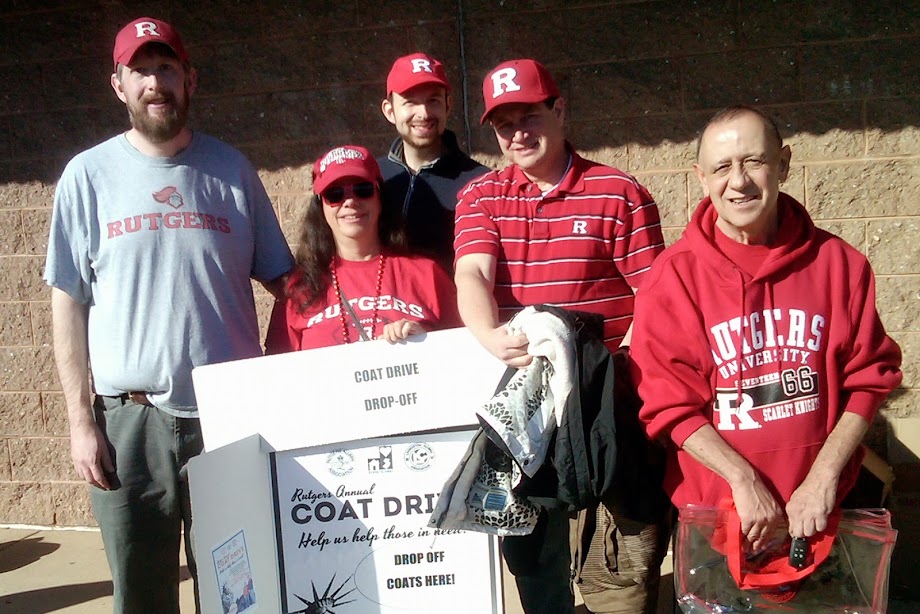 Board members of the Livingston Alumni Association (LAA) and other graduates of Rutgers’ Livingston College participated in two annual community service events in fall 2013: a coat drive held before a home football game, and a career networking event for students.

Partnering with the organization Jersey Cares, alumni and other football fans donated more than 100 coats during a coat drive, held before the Nov. 16 home game against the University of Cincinnati Bearcats.

Back on campus Dec. 4, about 200 alumni filled the multipurpose room of the Rutgers Student Center on College Avenue in New Brunswick, to offer career advice to students (also numbering about 200, at both the undergraduate and graduate levels) at the eighth annual Alumni-Student Career Speed Networking Night. The event is dedicated to providing support and networking opportunities to current Rutgers students before they graduate, with alumni from various career fields interacting with students during short “speed dating”-type intervals to provide career advice and networking tips and to help students become confident job-seekers, with an opportunity for students and alumni to continue their conversations afterward.