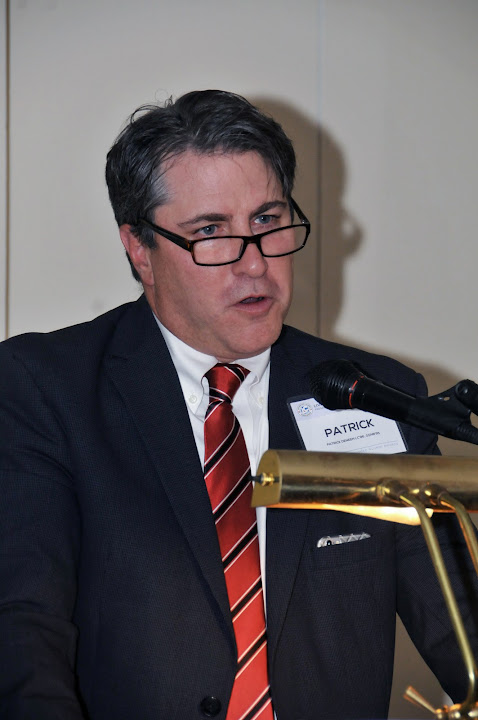 [Patrick Deneen presented the following appreciation of his mentor, W. Carey McWilliams, on Nov. 10, 2015, as the Livingston Alumni Association of Rutgers University posthumously honored McWilliams with the Livingston Legacy Award.]

I began college as a freshman at Livingston College in 1982. I was 18 years old and away, really away from home for the first time. As I met my new classmates in Quad 3 during that hot early fall, they were shocked I’d come to Rutgers from so far away – all the way from Connecticut, a whole three hours’ drive. Those were different days, in so many ways.

On the first day of classes, I found the room of my first college lecture, in a big classroom in Beck Hall.  The lecture hall was filled with about 100 students, all of them at least appearing to know much more than I did, many of them already talking to new friends, whereas I knew no one. I figured everyone in New Jersey already knew each other. I found a seat in the middle of the middle row, far enough away that I could blend in, close enough that I could take good notes.

The professor came in, a bit dowdy, wearing a plain suit jacket, pants a bit too large but held up by suspenders, and carrying an old beat-up briefcase.  He took out his lecture notes – on yellow paper, of course – looked over them for a few minutes, cleared his throat, and began.  I felt at once submerged as if in a deep ocean trench and lighter than helium, floating free above all my anxieties. I was simultaneously aware that I didn’t really understand what this man was saying – he spoke of Plato and Aristotle and political theory as a sacred journey, and kept returning to the name Tocqueville, telling us he would be our guide to understanding ourselves as Americans. But he was also instantly accessible, telling us stories about himself, his children, threading jokes and tales alongside high philosophy, inviting each of us on that sacred journey.

After class, a bit dazed but elated, I packed my things and moved to leave. As I exited the row, I noticed the professor standing at the end, looking at me. He smiled, his eyes twinkled, and he asked, “Are you Patrick Deneen?” I nodded, too scared to speak. “I’m Carey McWilliams,” he said. “Would you be free to have lunch with me on Friday?” Of course I said yes. He directed me to his office way across campus – alas, Livingston had been “reorganized” already and Political Science was now in Hickman Hall on the Douglass campus. On that Friday he took me to Tumulty’s Pub, the first time I was there with Carey McWilliams. The first of maybe hundreds of Fridays spent with Carey at Tumulty’s beneath the trains, at his office, sometimes at his home, a Sunday watching the Phillies in old Veteran’s stadium, always grateful for the minutes, sometimes the hours he would spend with me, and often with others who would join us to ask him questions, to listen to his stories, to learn from the smartest and the wisest and the kindest and the most loving man I ever knew.

Years later – after I’d graduated from Livingston in 1986, after Carey guided me to graduate school at the University of Chicago (which didn’t take – they didn’t have a teacher like McWilliams there), and after my return to Rutgers in 1988 where I eventually completed my Ph.D. in Political Science under Carey’s direction in 1995, I asked him — why in the world had he stopped a bewildered freshman after the first day of class and how, how in the world did he knew my name? With the same smile and twinkle, he said, “I have no idea.” This mystery that had perplexed me for years wasn’t important to him. He just wanted to teach, all the time, with anyone who cared to be taught.  I happened the be the student on that day, but over the years I discovered that I was one of hundreds and hundreds and hundreds of students that Carey took to lunch, invited to his office and to his home, and called out of the blue late at night to see how we were, always with a story and a lesson.

In 2000, Carey appeared on a panel honoring his long-time friend, Professor Harvey Mansfield of Harvard University.  At that panel, he used a series of metaphors to describe the experience of taking a class with Mansfield, whose classes he had attended when he was a graduate student at Berkeley.  McWilliams’s own words describe with utter perfection the experience of his students, ones who were so lucky to take Carey’s classes, and so I steal Carey’s words to describe my own experience of being his student. “My first encounter with Carey McWilliams as a teacher had all the surprise and exhilaration that generations of us have felt when we’re taken through that gray tunnel and we confront for the first time the green endless field of professional baseball. Emerging from that dark and colorless place into an ordered riot of sound and color, it’s like a secular version of being born again…. McWilliams’s classes were like living in a chandelier: intricate and designed and multifaceted and full of light.”

Carey was born in 1933 a California child, and scion of a distinguished lineage of thinkers that included his father, who was long-time editor of The Nation and author of many well-known books on California, his maternal grandfather who was Provost of UCLA, and many aunts, uncles and his mother who were also educators and authors. He took all his university degrees from the University of California, separated by a term of service in the Army, culminating in his Ph.D., which was awarded upon completion of his dissertation, a monstrosity of some 700-pages entitled The Idea of Fraternity in America. This was eventually somewhat shortened to a 600-page book of the same title, which was awarded a prize by the National Historical Society. Carey’s first academic position was in the government department of Oberlin College, where he began his many years of inspiring students – many of whom today are professors of political science – and inspired at least one student to fall in love with him and eventually to marry him, the former Nancy Riley.  He left Oberlin in 1967 and continued his journey East, teaching for a time at Brooklyn College before being offered, and accepting a position, at the newly-created Livingston College at Rutgers University in 1970.  While he held various visiting positions elsewhere throughout his career – including regular stints at Haverford, and visiting appointments at Fordham and Harvard, he devoted the breadth of his long career to Livingston College and Rutgers, where he taught for 35 years until his unexpected death at age 71 in 2005. He died as he was leaving to teach a class that was to be held in Lucy Stone Hall, where he doggedly and insistently taught in spite of the fact that it required the congested trip from his office on the Douglass College campus.

Carey loved telling stories about Livingston College – among his favorite was his recollection of a group of radical students who demanded the creation of a radically new, more democratic form of student government, and were given permission by the administration to come up with a plan. At the end, after much debate and uproar, they proposed a representative student government consisting of a bicameral legislature with a judiciary and executive.  Carey said that he decided to teach a class on Marx the next semester. He loved Livingston because it was a place created for students who weren’t always “supposed” to be in college, or who felt themselves to be misfits and sometimes the second fiddle to the students at Rutgers or Douglass colleges. He loved their optimism and their foolishness, and above all their interest in making a difference. Carey was himself one of the most prominent and demanded speakers during the free-speech movement at Berkeley, a movement he would often remind us wasn’t initially about the Vietnam War, but arose first as a protest against the professionalization and militarization of higher education. He lamented the first reorganization at Rutgers that absorbed what had been a distinctive Livingston faculty into Rutgers University, and it’s perhaps a blessing that he didn’t live to see the end of Livingston College in 2007, though a day doesn’t pass that I don’t wish that I could speak with him about the absurdities of our politics and our world, ones that never ceased to amaze or amuse him.

Carey above all taught us about the value, the enduring need and evanescent possibilities for community in America.  America, he taught us, was good at many things – making money and making war especially – but it wasn’t good at fostering long-standing, deep, committed and sacrificial communities.  American democracy desperately needed, and still needs, what his favorite political thinker Alexis de Tocqueville called “The Arts of Association,” the discipline and practice of coming together – of not leaving politics and self-rule to the professionals nor the charlatans.  He loved that Livingston was a place that aspired to be, and often was, such a community. And unlike any other professor I have come to know now in my own lengthening career as a political scientist – spent at institutions such as Princeton University, Georgetown University and now the University of Notre Dame – I have never yet met anyone who lived so completely what he preached. To know Carey was to be a part of a great and capacious and embracing community, one that he inspired and continues to inspire. I miss him.  I know Nancy and their daughters, and now his grandchildren miss him. Livingston, and Rutgers, whether it knows it or not, misses him, because the professionalized and rationalized institutions of higher education that Carey feared were coming into existence and that would eventually crush the Livingston Colleges of the world, don’t make professors like him anymore, and he was about the best teacher and finest human this institution ever had the fortune to call its own.  I’m happy and grateful that this year’s Livingston College Legacy Award is being bestowed upon my teacher and my friend, Wilson Carey McWilliams.

Patrick Deneen (pictured above) is a graduate of Livingston College (B.A., 1986) and of the Graduate School – New Brunswick (Ph.D., 1995), both at Rutgers University.