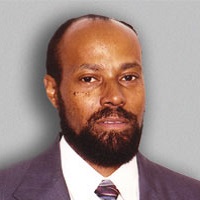 Deans Hyndman, Johnson, and Jenkins included these three tributes to Livingston College in the May 2007 Commencement program:

Livingston College was founded in 1969 with the mission of bringing together a diverse group of students, faculty, and staff in a shared learning community committed to the pursuit of excellence and academic innovation. Today, that mission is embraced by the entire university and will be carried forth in the new School of Arts and Sciences. It is my hope that Livingston College will be remembered for our commitments to social justice and building community through leadership and understanding.

We offered students the personal attention of a small college community in the midst of a major research institution rich in outstanding opportunities. Dedicated to helping students reach their full potential, we fulfilled our mission through our core curriculum, special academic opportunities (such as our minor in organizational leadership, distinctive honors program, and extensive internship program), and rich complement of student life activities. Our academic program stressed critical thinking skills and diverse intellectual, political, and cultural perspectives, designed to foster and deepen an understanding of community and prepare students to become responsible, contributing citizens in a changing global environment. Similarly, our co-curricular activities developed and enhanced the leadership skills we believe exist in each of our students.

As this chapter in the history of Rutgers University comes to an end, we remain confident in the principles of our college and proud of the positive impact Livingston College has had not only on Rutgers as an institution, but more importantly on the lives of faculty, staff and students who shared in this experience. The influence of that legacy will continue well into the future. 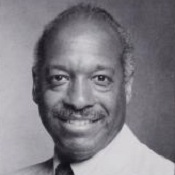 It is well known that most of Rutgers University – not to mention the society at large – stubbornly resisted Livingston College’s founding program of progressive and pro-democracy higher education. This resistance expressed itself in a variety of ways, including stigmatizing Livingston as “the black college,” despite the fact that African American students never represented more than 12%-15% of the student body.

As luck would have it, my deanship coincided with a brief resurgence of the social activism and idealism for which the Livingston has always stood. The forward-looking leadership of Rutgers President Edward J. Bloustein with respect to affirmative action had set the stage. Livingston students were among the leaders of campus-wide protests against rising tuitions, which, even today, prevent many of New Jersey’s poor and first generation college-goers from realizing the American dream. With similar zeal, the faculty Fellows embarked on a comprehensive self-study of the college with the view to updating and fine-tuning its mission and strategies.

The spring of 2007 is a bittersweet time for Livingston. On the one hand, its mission of making America a more perfect democracy has not been fully achieved. On the other hand, all of Rutgers University has been irrevocably transformed for the better by Livingston’s spirit. Furthermore, the college can take great pride in the many thousands of graduates in whom the Livingston mission still lives. They are continuing to transform our society in ways that are truly significant. What a glorious legacy! 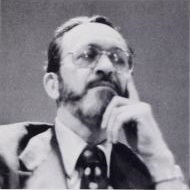 I joined the Livingston College Planning Committee in 1968, the last year before the college opened. From the nearly private “faculty meetings” of that last year through watching the campus take shape before our eyes, things were always exciting. The most glorious memory was the day in May when we welcomed our first class for advising. We were finally a real school with real students! A true hallmark of Livingston was its open meetings, nominally of faculty, but attended by anyone who wanted to do so. Our college government even gave faculty and students shared rights and responsibilities.

One can easily guess at the difficulties such a system posed, but it was mostly fun, generally productive, and certainly educational. During Livingston ‘s early years, demonstrations and occupations of dean’s offices were not uncommon. One march in opposition to the Viet Nam war was held with students from all the campuses, during which Livingston’s first dean, Ernest Lynton, led the contingent from our campus. Two figures stand out in my memory of that day: the Public Defender on the steps of the old courthouse in New Brunswick, who left his assemblage to join the march, and the photographers taking pictures of all of us for posterity.

Perhaps most important is the legacy of innovation Livingston left to the university. We created a different culture between the faculty and students. Faculty lived in the residence halls – a model being recreated now in many living/learning communities. They also made themselves available most of the time; walking down the halls of Lucy Stone, one saw faculty in their offices (with doors open) conferring with students. We were a focused group who were proud of what we were attempting and, in many cases, accomplishing. Not only were we the first co-educational, residential college in New Brunswick, we also welcomed a high percentage of non-white students and led the way for Rutgers to grow into the diverse community it is today. Livingston also opened up an entire new set of disciplines, several of which have themselves become well known as they went on to form the basis of new schools at Rutgers. Among them are the Journalism department (now part of the School of Communication, Information, and Library Studies), and the Urban Studies and Planning departments (now part of the Edward J. Bloustein School of Planning and Public Policy).

It is my fervent opinion that Livingston College has had a profound impact on Rutgers University in that it was largely responsible for turning it into an institution that addresses issues of contemporary society on a host of complex dimensions. In the positive effects we see mirrored in the Rutgers University of the 21st century, it is gratifying to know that we succeeded in achieving many of our goals. 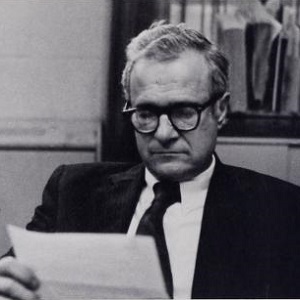 Emmanuel George Mesthene was affiliated with the philosophy department and the Graduate School of Management at Rutgers for 13 years, The New York Times reported upon his death in 1990 at age 69. From 1974 to 1977, he was dean of Livingston College.

Before joining Rutgers, he was director of the Program on Technology and Society at Harvard University and a member of the business school faculty there from 1964 to 1973.

From 1953-1964 Mesthene was a research staff member for the RAND Corporation, specializing in public policy problems in science and technology. He earned his bachelor’s, master’s and doctoral degrees in philosophy at Columbia.

Carey served as Acting Dean for one year. He was a Professor and Chairman of the Division of Urban Studies at Livingston College, affiliated with Rutgers’ Center for Urban Policy Research. He died in 2012 at age 85. Read his obituary. 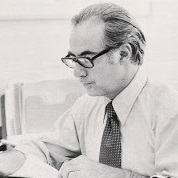 Ernest A. Lynton was Livingston College’s founding dean, appointed to the post upon Livingston College’s conception in 1965 (four years before the college opened). Lynton, a Yale-educated physicist who had taught at Rutgers College since 1952, had high expectations. He wanted Livingston to become “the MIT of the social sciences,” Rutgers magazine reported in a 2012 profile of the college. Lynton died March 18, 1998, at age 71.

According to an obituary published by The Star-Ledger, Lynton led a number of curriculum innovations, including the establishment of majors in computer science, African-American studies, urban studies and comparative literature. He also started programs in city and regional planning and anthropology at the school, The Star-Ledger reported. A physicist by training, he joined the physics department at Rutgers University in New Brunswick in 1952.

He served as academic vice president at the University of Massachusetts in Boston from 1973-1980 and later was a professor there, according to a 1990 article from The Daily Targum about the future of Livingston College.