[See also the page listing Honorary Members of the Livingston Alumni Association, who were named between 1981 and 1999.]

The Livingston Legacy Award was established in 2009 to recognize faculty and staff who played a key role in the establishment and growth of Livingston College and its mission, and who have contributed to the overall Rutgers and global communities.

GORDON SCHOCHET: Professor emeritus of political science and the last member of the Livingston planning group who was still on the active teaching faculty.

LARRY RIDLEY: Chairman, Music Department, Livingston College 1972-1980, and one of the architects of the college’s renowned jazz program.

A professor emeritus of Rutgers’ School of Communication and Information (SC&I); originally taught in Livingston College’s Department of Journalism and Urban Communication.  Biography/video. 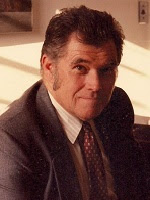 A distinguished political science professor at Livingston College and Rutgers University, and a prolific author: