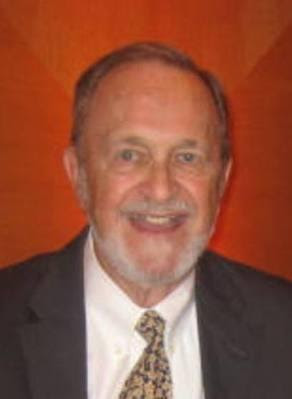 William Robert (“Bob”) Jenkins, Livingston College’s dean from 1977 to 1990, died November 23, 2015, at age 88. He had served at Rutgers for more than 50 years, as a biology professor, college dean and director of the Health Professions Office. (A memorial service was held Wednesday, March 9, 2016, at Rutgers’ Busch campus. See the complete information here.)

Jenkins, of Monroe Township, New Jersey, had lived in Hunterdon County and later Piscataway, before moving to Monroe in 2013. Born in Hertford, North Carolina, he was a corpsman in the United States Navy during World War II, Jenkins earned a bachelor of science (B.S.) degree from the College of William and Mary, a master of science (M.S.) from the University of Virginia, and a Ph.D. degree from the University of Maryland. Jenkins’ philosophies as Livingston College dean can be gleaned from his letters to the graduating class, published most years in the college yearbook. In 1978, his first year as dean, he highlighted Livingston College’s “truly outstanding faculty” and “unusually diverse student body” as benefits of an education at the college. Two years later, he noted that students’ focus had turned from activism to career interests.

In 1980, Rutgers reorganized and combined the faculties of three undergraduate colleges in New Brunswick — Livingston, Rutgers and Douglass colleges. Jenkins’ covered the reorganization in his letters in 1981, 1982 and 1983, in which he respectively wrote of Livingston College fighting the reorganization, lamenting that the change “highly limited” Livingston’s freedom, and then tying Livingston’s uniqueness to facets not affected by the reorganization, such as admissions, graduation requirements and student life operations.

According to a 1985 New York Times article, Jenkins had come to appreciate the 1980 reorganization, citing as an example the combined biology department of Livingston, Rutgers and Douglass colleges “[becoming] a department with 100 professors and a good chance at more research funds and better graduate students.” Such changes increased Rutgers’ reputation in New Jersey and increased the value of a Rutgers degree, Jenkins told the Times.

In the same year, Jenkins urged graduates to boost the “visibility and reputation” of Livingston College by promoting the college rather than the larger university.

Two months before he left the deanship in 1990, Jenkjns told a student newspaper, The Daily Targum, that some Livingston innovations — such as co-ed dormitories, new academic departments such as anthropology, computer science and journalism, and a diverse student population — had become commonplace at Rutgers. “The other colleges have adopted so much of Livingston that they are no longer distinct from us — we do not get the credit for that.” 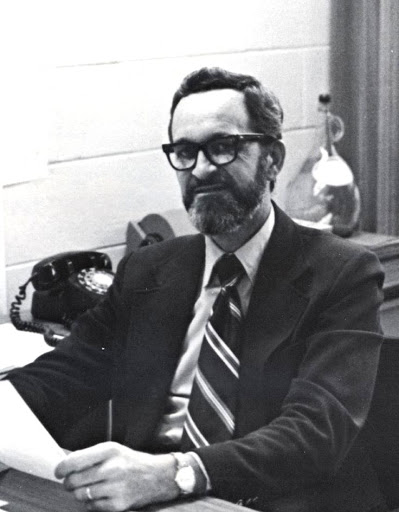 Jenkins “preside[d] on the cooling of the ambiguous Livingston missions, and the diminution of the college’s autonomy and its isolation as well,” remembered Gerald Pomper, a Rutgers Board of Governors professor emeritus of political science. Pomper said that Jenkins “handled this unenviable task with decency and grace, but glory was neither possible at the time nor part of Bob’s character.”

Robert W. Snyder was a student at Livingston College from 1973 to 1977, just before Jenkins became college dean. Jenkins had joined the college’s planning committee in 1968, a year before the college opened, and in 1977 was the college’s associate dean and dean of instruction. “I have fond memories of Bob Jenkins as a dean who loved the college and fought for it. He took over after a period of conflict and uncertainty about our future during the Mesthene deanship, and won over students with his belief Livingston College was a good school with an important role to play in Rutgers and the wider world. “His courses in environmental science were highly praised. I have few regrets about my Livingston education, but one is that — as a double major in history and urban communications — I did not have room in my schedule to study with him,” said Snyder, an associate professor of journalism and American studies at Rutgers-Newark.“I vividly recall my conversations with him about our shared love of the outdoors, and his belief that Livingston needed better recreation facilities for students—especially those who remained on campus over the weekend,” Snyder said. “In the best spirit of Livingston, Dean Jenkins had a friendly and egalitarian manner. I will always remember him with great warmth and fondness.”

Bill Bowman, a 1982 Livingston College graduate, reflected on Jenkins’ tenure in 2012 in response to a Rutgers magazine article about the college’s history. Bowman, a former president of the Livingston Alumni Association, called Jenkins “one of the most forceful defenders of Livingston College and one of the most loved deans the college had in its too-short life. Dean Jenkins’ open-door policy and his genuine interest in the college’s students endeared him to thousands of future agents of change.”

Jenkins’ “devotion to Livingston College was steadfast, his love of it deep, and his support crucial,” said Jerome Aumente, a Rutgers distinguished professor emeritus of journalism who worked with Jenkins at Livingston College.

“The respect he brought to the ongoing conversation about Livingston and its multiple missions was so important as the university puzzled over what to do about that enterprise across the Raritan,” Aumente said. “His voice as a respected member of the biological and medical sciences carried added weight at [the Rutgers administration building] Old Queens. His championing of the physicians assistant program was brave and imaginative as lesser minds thought otherwise about opening doors and social change.”

Outside of his professional career, Jenkins founded Boy Scout Troop 1969 in Stanton, New Jersey, and served as Scoutmaster for several years. He served as a president of his local Board of Education and Parent-Teacher Association (PTA), Little League coach, and church school teacher. He travelled five continents, and spent many summer days off Sandy Hook fishing for “Moby Fluke.”

Jenkins was the son of the late William Herman and Dorothy (Perrow) Jenkins, and brother of the late Dorothy (Dot) Jenkins-Biggs. He is survived by his wife of 64 years, Mary (Earhart) Jenkins; two sons and two daughters-in-law, William Brian and Penny Jenkins, and Robert Edward and Marilyn Jenkins; two daughters and one son-in-law, Mary Ellen and Joe Duffy, and Linda Burns; and seven grandchildren, Giovanna, Dana, Sofia, Kira, Alix, Francis and Mary Rose.

Donations may be directed to the Rutgers University Foundation, the Robert Jenkins Memorial Fund.

Photos of Jenkins: (top) Undated, courtesy of the Jenkins family; (bottom) From the Livingston College 1977 yearbook, The Rock, Volume II.