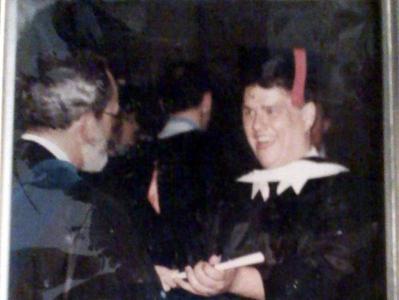 Bill served for many years as an executive council (board) member of LAA, including several terms as president or first vice president of the organization.

He was preceded in death by his daughter Susanne Luise Bauer. Surviving Bill are his wife Karin A. (nee Sagendorph) Bauer; his parents William S. and Darla J. Bauer Sr. of Pennsauken, NJ, and his siblings Valerie M. Bauer of Merchantville, NJ, and Robert C. E. Bauer of Pennsauken, NJ.

Bill and Karin enjoyed annual trips to Europe, most frequently to Germany. Other recent trips included visits to Paris, England, Scotland, Northern Ireland and the Republic of Ireland. They were also frequent visitors to Rutgers for homecoming football games, reunions and other events.

Several of Bill’s friends, in an online memorial guest book or speaking at his funeral, noted that Bill was always ready to lend a hand to solve technical problems — both professionally within the Office of School Facilities of New Jersey’s Department of Education, and personally, helping friends set up their home computers.

Current and former colleagues on the LAA board and former Livingston College deans remembered Bill as a friend and as a leader.

Michele Ostrowski, who served as LAA’s treasurer while Bill was president of the organization, recalled that Bill was an early adopter of the Internet, “a great guy, funny and smart.”

Mark Weller (Livingston College ’85), also a former LAA board member, became good friends with Bill and the Bauer family, spending holidays with them in Pennsylvania.

Eric Schwarz (Livingston College ’92), currently an LAA vice president, appreciated Bill’s dedication and generosity to the college and university he loved, as well as Bill’s joy for life, family and adventure.

George Jones, former dean of students of Livingston College, remembered Bill as fun-loving and as an alumnus who cared deeply for “his beloved Livingston.” (In 2007, Livingston College was subsumed into the Rutgers-New Brunswick School of Arts and Sciences.) 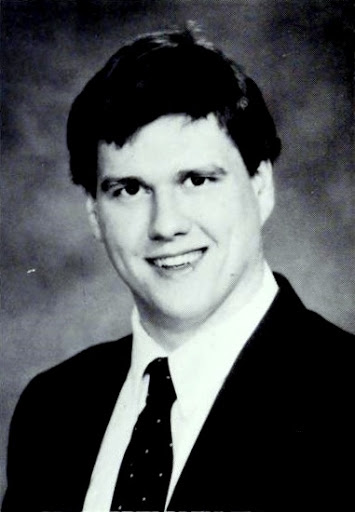 Before Bill even entered college in 1982, he showed that he would be a leader.

Paul Herman, a former assistant dean of Livingston College, remembered: “Prior to Bill’s freshman year I ran an experimental summer orientation program and he was the first student to register for it, and as I recall, he was the first person to show up for the program. As I came to learn, that was typical Bill, always there, always ready to do whatever it takes to make something work, and always a loyal Livingston and Rutgers man. He will always be missed.”

Livingston College honored Bill with a special service award upon his graduation in 1986, in recognition of his “outstanding contributions and service” to the college.

Bill was laid to rest at Bristol Cemetery in Croydon, Pennsylvania on December 3, 2013, following a funeral service. Friends and family may view and sign an online memorial guest book. A copy of the guest book includes remembrances posted through December 10, 2013.