On October 20, 2017, Rutgers Business School dedicated the South Tower of its building on the Livingston Campus to Jayceryll Malabuyoc de Chavez, an alumnus who died during the 9/11 terrorist attack at the World Trade Center.

More than 100 guests assembled in the tower’s foyer in front of a new plaque inscribed with details of de Chavez’s life, a photo taken at his graduation, and a portion of a steel beam from the ruins of the World Trade Center.

As a Livingston College student, de Chavez studied finance and economics. He was working as a portfolio analyst at Franklin Templeton’s offices on the 95th floor of the World Trade Center’s South Tower on September 11, 2001.

He had graduated in 1999 from Rutgers’ Livingston College and the Rutgers School of Business-New Brunswick.

De Chavez was a distinguished scholar who started two fraternities, Delta Chi and Alpha Kappa Psi, while he was at Rutgers.

Friends said that de Chavez, an immigrant from the Philippines, appreciated everything and was driven to succeed and to leave his mark.

A conference room and four reading rooms at the Carr Library, also on Livingston Campus, are named after de Chavez, and his family has created a $1 million endowed scholarship and endowed excellence fund in his memory.

Read more about de Chavez in a Rutgers Business School article on the 2017 South Tower dedication, by Susan Todd. 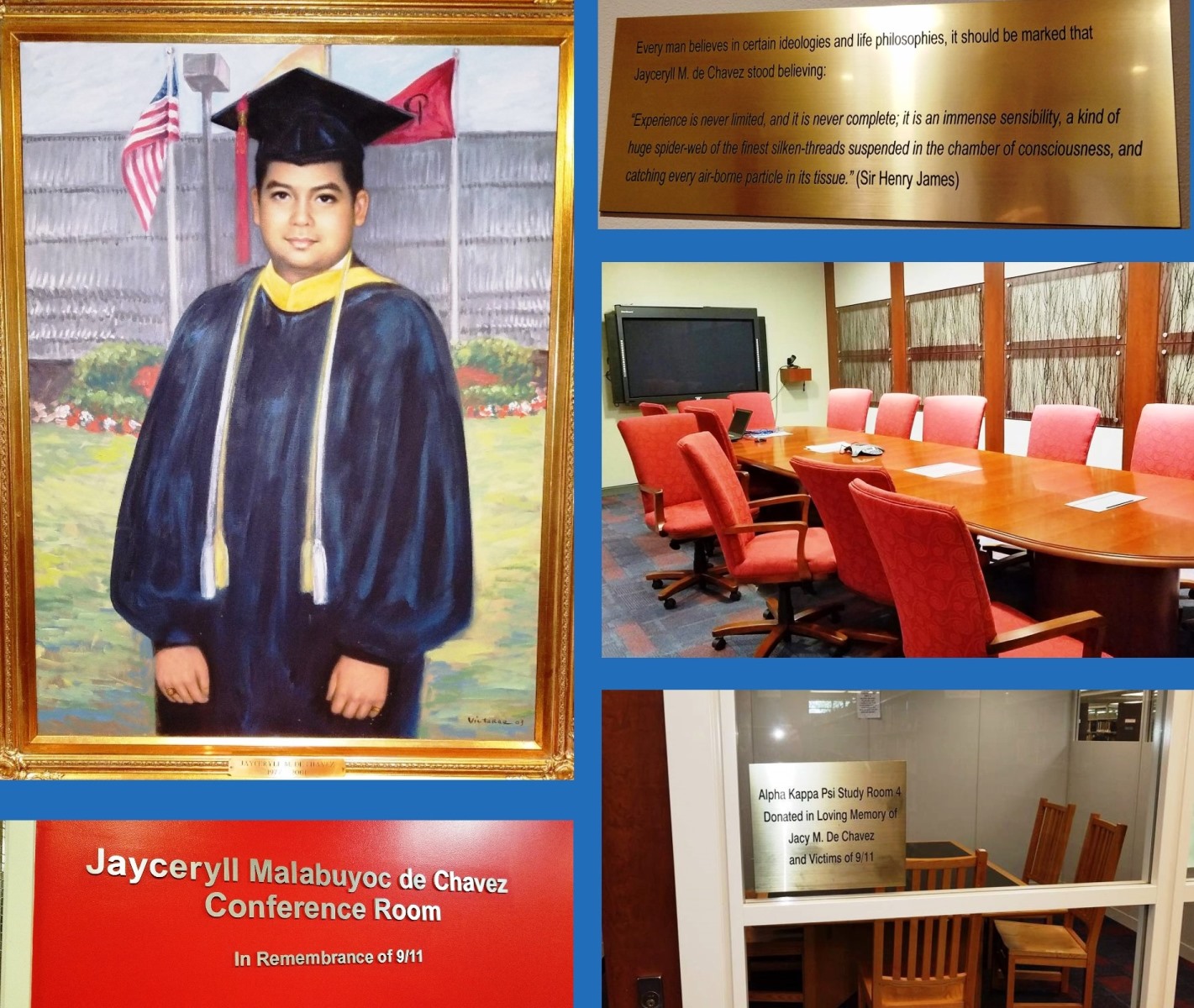 Top plaque: Every man believes in certain ideologies and life philosophies, it should be marked that Jayceryll M. de Chavez stood believing: “Experience is never limited, and it is never complete; it is an immense sensibility, a kind of huge spider-web of the finest silken-threads suspended in the chamber of consciousness, and catching every air-borne particle in its tissue.” (Sir Henry James).