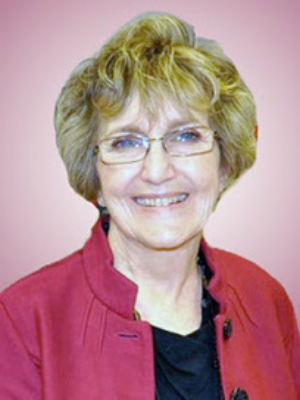 Rutgers University has honored Paula K. Van Riper, a former assistant dean and director of advising for Rutgers’ School of Arts and Sciences (SAS) and previously for Livingston College, with a tribute plaque erected on a bench outside the James Dickson Carr Library (formerly the Kilmer Library) on Livingston campus.

Rutgers dedicated the plaque to Van Riper’s memory at a ceremony on Saturday, September 24, 2016.

Van Riper, 67, of Branchburg, New Jersey, passed away on August 20, 2015, after a long struggle with multiple myeloma.

Van Riper had served as a dean at Rutgers in various roles since 1992. Prior to joining the university, Van Riper served on the Piscataway, New Jersey, Board of Education as a member, Vice President and President, and as President of the PTA Presidents Council.

Diagnosed with myeloma in 1999, Van Riper founded the Central Jersey Multiple Myeloma Support Group, providing information, guidance, and support to many fellow patients and their families. She had spoken and written extensively in support of the myeloma community, and had appeared as its advocate before legislative bodies. She also started a yearly 5K race to support multiple myeloma research. In fall 2015, shortly after Van Riper’s death, the proceeds from the race funded a research grant in her name.

“Thousands of students remember her fondly as the advisor ready with a word of good advice, a smile and a gentle push forward,” her colleague, SAS Assistant Dean Robin Diamond, said in a video explaining the fund-raising campaign (also embedded on this page). “Need someone to talk to who would give it to you straight while still caring about your experience? Paula was your person.”

Among other accomplishments, Van Riper established a connection between the radio stations at Rutgers and Piscataway High School, allowing them to merge and serve both the university and the high school since 2000.

Garth Patterson, an academic advisor in SAS since its founding in 2007, remembers Van Riper as a professional mentor “and in uncountable ways, influenced my growth as a person.”

Jason Goldstein, a 2002 alumnus of Livingston College, remembers Van Riper from an open house event he attended before entering college.

“As a dean, Paula Van Riper provided remarks, led a panel discussion, and provided insight when answering questions from the audience. She showcased her warmth, energy, and love for students, a disposition that represented Livingston College very well,” said Goldstein, who is also a former President of the Livingston Alumni Association. “As an inquisitive high school student, I had a million questions. After the event ended, I approached Paula in the hallway to introduce myself and learn a little more. Paula spent what must have been a half hour with me and my parents sharing her passion for Livingston College and tips to be successful at Rutgers and in life. I felt there was now a face, with a beautiful smile, on this intimidating university.”

Sabrina Lauredent, an alumna from the SAS Class of 2015, remembers Van Riper as “thoughtful, kind, witty and very honest to me about everything.

“Dean Van Riper was thoughtful, kind, witty and very honest to me about everything. Dean Van Riper guided me through a lot of my academic and personal struggles, and was always willing to meet with me in between work and classes,” said Lauredent, a secretarial assistant at the Livingston Advising Center. “During each advising session she encouraged me to try harder and simply do better, and I always left feeling a little more confident in my abilities and myself.

“There were plenty of fun conversations too, about puppies, the weather and our hair. I loved everything about Dean Van Riper from the way she appreciated everyone around her, the way she spoke, the pretty scarves she wore, her cute green Prius, and the hugs she gave me before and after every long break.”

Van Riper was born in 1947 in New Brunswick, New Jersey, and graduated from Franklin High School in 1965. Van Riper earned a B.S. in Business Administration from Rider University in 1969, and a Master’s in Social Work from Rutgers in 1997.

She is survived by her son Ryan Van Riper, daughter Renee (Whitman) and her husband Eric Whitman, brother Richard Bonopane, sister Bonnie (Fochi), brother Alan Bonopane, and grandson Alexander Whitman. She is predeceased by her parents, Vincent and Frances Bonopane.