Francoise Jacobsohn (LC’79) has been an advocate for women and workers since the 1970s.

In 2009, the Livingston Alumni Association (LAA) honored her as a Livingston College Distinguished Alumna.

As of 2016, Jacobsohn is the Court Compliance Officer with Sheet Metal Workers’ International Association Local Union No. 28 in New York City. In this role, she is responsible for ensuring that Local 28, and contractors employing its members, comply with a court order mandating workplaces free from discrimination.

She also has served as a member of the New York City Mayor’s Commission on Construction Opportunity, established in March 2005, to ensure that women and minorities gain access to work in the construction trades. 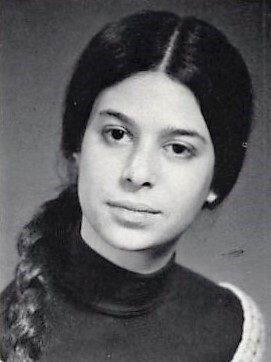 Jacobsohn is a former president of the National Organization for Women-New York City (NOW-NYC). She also has worked on an institutional and community-building project for public education in Upper Manhattan.

At France’s Political Science Institute, Jacobsohn taught a class on “Women, the Law and Public Opinion.” She also worked for a European nonprofit focused on violence against women at the workplace, and helped set up one of the early battered women’s shelters in New Jersey in the late 1970s.

“My everyday life is talking to women on the ground, finding out what needs to be done and figuring out how to get it done, and that is completely Livingston,” Jacobsohn said in a 2009 interview. “You need to know who the people are, what people are doing on the ground, what are they thinking, what are their needs, what do they want. And if you don’t ask there, then the policy you get is not going to really look like what you want it to look like.”

She earned a bachelor’s degree in social work from Rutgers’ Livingston College in 1979, and a master of public administration degree in 2003 from Columbia University’s School of International and Public Affairs.

Watch the LAA’s interview and video tribute to Jacobsohn (2 minutes, 9 seconds), embedded on this page, or open in a new window.

Photos of Francoise Jacobsohn: (top) Courtesy of Jacobsohn; (bottom) From the 1980 Livingston College yearbook, The Rock, Volume IV. (This yearbook included photos of graduates from both 1979 and 1980.)