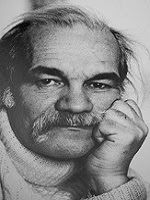 Livingston and Rutgers faculty, staff, alumni and friends paid tribute to Edward G. Ortiz, one of the pioneering professors in the beginnings and development of Livingston College, at a memorial program on December 2, 2010, at the Brower Commons, College Avenue Campus, in New Brunswick.  (View photos from the memorial.)

In May 2009 the Livingston Alumni Association (LAA) honored Professor Ortiz with the Livingston Legacy Award in recognition of the key role he played in the establishment and growth of Livingston College and its mission, and contributions to the overall Rutgers and global communities.

The LAA named Ortiz as an Honorary Alumnus in April 1994.

The memorial program was sponsored by Friends of Ed Ortiz, The Bloustein School of Planning and Public Policy, The Rutgers Center for Latino Arts and Culture, The Rutgers Vice President’s Office for Academic and Public Partnerships, and the Livingston Alumni Association. Ortiz died on March 13, 2010.