[Editor’s Note: The following text was included in a memorial program for Wells Hamilton Keddie, a Professor Emeritus of Labor Studies and Livingston College Fellow who died in 2006. (PDF copy of the memorial program.)] 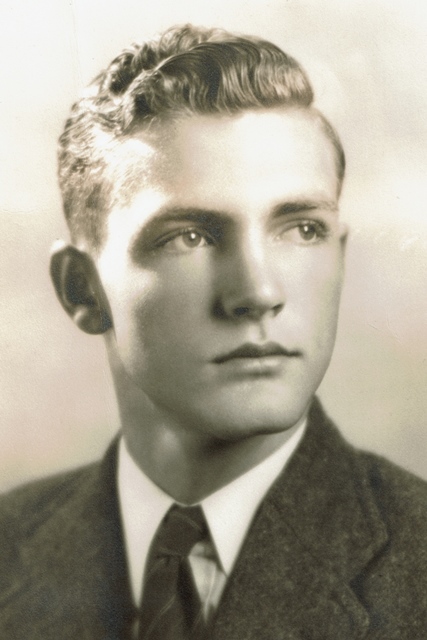 In Spring of 2005, in preparation for the inauguration of the Wells H. Keddie Scholarship Fund (scholarships to be awarded to Rutgers undergraduates who combine solid scholarship with social activism), Wells was asked to provide a brief account of his own life of activism. This is what he wrote:

A Life of Troublemaking 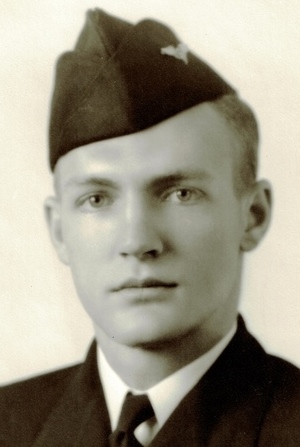 But I did not get my first union card until the Summer of 1947 when I was a student at Stanford on the GI Bill (thanks to a two-year hitch in the Navy during World War II). I was working in the warehouse of a Nehi Bottling distributor loading trucks with case after case of bottled soft drinks. I became a card-carrying member of the Teamsters union.

The Nehi job was the scene of what was really my first (of many to follow!) serious conflict with The Boss. Truck drivers were putting in long hours without overtime pay, under a deal with the union that during the off season they could go home early without losing pay. The catch for me was that during the off season I would have gone back to my part-time job as a non-union laborer for the Stanford Corporation Yard. The answer to my problems was obvious: I claimed unpaid overtime pay on my last day on the Nehi job.

What an uproar that caused! The union, at my insistence, pursued my claim, and I won back pay. I noted at the time the sympathy expressed by the union lawyer not for me but for the management attorney for having to appear before whatever board finally settled the case.

The die, as they say, was cast. I was completely enamored of the power collective action brings and equally enamored of the need for union democracy — twin principles that have served me well during a turbulent life of trouble-making-for-The-Boss (including the occasional Union Boss…). 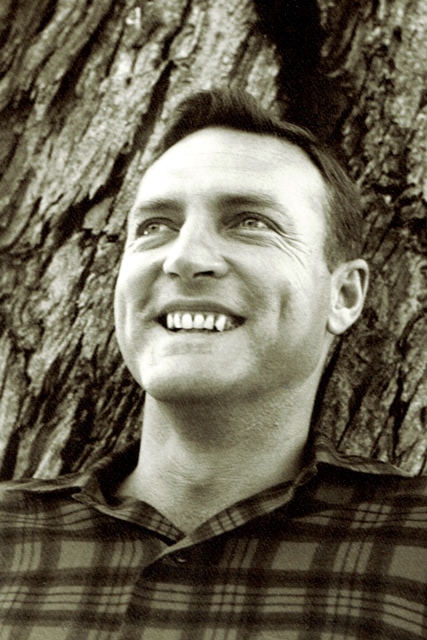 Some “before Rutgers” examples of trouble-making stand out in my fading memory:

After graduating from Stanford, I was in pursuit of a Ph.D. in economics (viva! GI Bill) when the University of California Board of Regents decided they needed a loyalty oath from the faculty members at all of the University’s campuses throughout the state. Resistance was most pronounced at the Berkeley campus, where a handful of professors were fired for refusing to sign the oath. As a teaching assistant I was not yet required to sign the Regents’ oath, but I did become one of the organizers of a group on the Berkeley campus opposed to the oath called the Non-Senate Academic Employees, as close as we could come to collective action, or so we thought in those days. (Unions in higher ed? Forget about it!)

In 1950, all state employees were required to sign a “loyalty” oath, and since I refused to sign, I was promptly fired from my TA position. Since the GI Bill had long since run out, graduate work was put aside as I changed from part-time blue collar work to full-time. 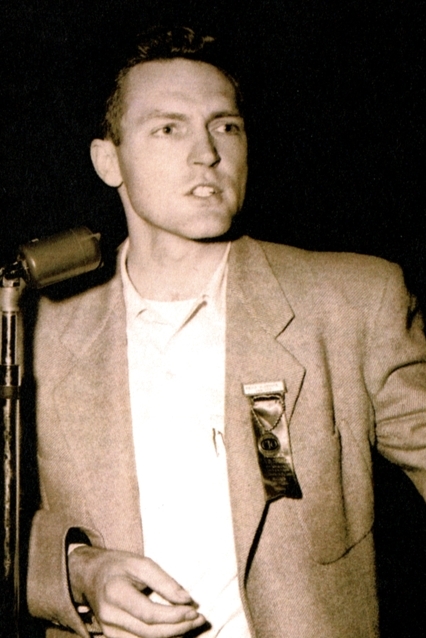 Full-time work included a stint at Linde Air Products as a warehouse worker, once again as a Teamster. While on that job, Dave Beck — a Union Boss if there ever was one — arranged with the employers our Teamster local union bargained with to deduct from our paychecks payments for life insurance that Dave Beck’s son just happened to be selling. A huge meeting of outraged Teamsters represented by our local rejected the deal. Next paycheck, the deduction remained intact. At the next meeting of the local, minutes of the last meeting were read, and lo and behold, no mention of the membership’s rejection of the insurance deal was made. I brashly moved to correct the minutes, was ejected from the meeting, and told to look for other work. My desire for union democracy was reinforced. …

I ended up at GM’s Fisher Body plant in Oakland, California, where we assembled Chevrolet bodies from parts shipped by rail from various locations in the East. I joined the UAW immediately, and eventually became a shop steward as well as a delegate to the Alameda County CIO Council. From that Council, I was a delegate to the California CIO State Convention at which we voted to join with the AFL to form what we know today as the AFL-CIO — it’s all my fault, folks! It was at the end of the convention when the president of the Alameda County CIO Council uttered these immortal words to me: “You are cheating the Communist Party out of dues!” It was not the first nor the last time I was red-baited over being a union activist who perversely thought that collective bargaining done right would lead to socialism. …. (Talk about being perverse!)

As luck would have it, I injured my back on the job, and I now have a Body by Fisher — if you don’t remember the ad, the play on words admittedly loses something. I went right back to graduate school, this time seeking a secondary teaching credential so that I could get a job teaching economics at a “junior college,” as community colleges were called in California. But I could not be placed for “apprentice teaching” once the school principal learned of my UAW background. I ended up at Claremont Graduate University (my then-wife had a teaching job in the Claremont Undergraduate Colleges system). While I was being smuggled into the apprentice teaching system by a really wonderful professor of education, I made contact with an equally tolerant professor of economics, and I was back in pursuit of the Ph.D. after a long lapse. 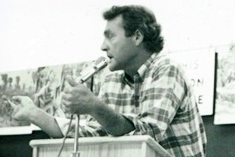 After a Ford Grant year in Iran (there is truth to the rumor that I was given the grant because of my work at General Motors), gathering material for a dissertation in development economics, I discovered there were no jobs for me in California thanks to my being on a privately generated “red” list because of my UAW activity. That’s when Lehigh University decided I was just the person to teach labor economics to its all-male undergraduates: The university had the quaint notion that these future industrialists needed to know what union-generated morass they were headed for.

The job at Lehigh made me available for teaching union members a variety of subjects under the newly formed Union Leadership Academy run in Pennsylvania by the Penn State University’s Department of Labor Education. The experience of teaching union members in labor education classes opened a whole new academic field to me, and as soon as I could I left Lehigh and economics behind me, taking a job I hadn’t known existed: in Labor Studies, at Penn State, teaching both union members and undergraduate majors. Seven years later, after trying unsuccessfully to bring the AFT to Penn State and after getting into the thick of the anti-Vietnam War struggle, I was denied tenure, the first such rejection of a department’s recommendation in the history of the school.

I then had the great good fortune to be hired as a one-person Department of Labor Studies at Rutgers’ Livingston College. I was appointed to this job by John Leggett — things were casual at Livingston College in 1972! The job came with a union in place, and the AAUP became my bargaining representative and my union stamping ground.

One of the great compliments ever paid me was said at a Livingston College faculty council meeting when President Ed Bloustein looked down the length of the table to where I sat and proclaimed: “The biggest mistake I ever made was giving you tenure.”

I have tried to live up to that standard ever since — and before, too.

Photos, from top: Wells Hamilton Keddie, around the time of his high school graduation; In the Navy; In an undated photo in or near San Francisco, California; At the State Convention where the California CIO voted to join with the AFL; At the Steelworkers Institute in 1969.