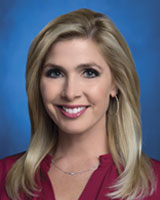 Rogers, a 1992 honors graduate of Livingston College at Rutgers University, was honored by the Livingston Alumni Association in 2004 as the first recipient of the Seth Dvorin Distinguished Young Alumni Award.

In addition to being valedictorian of her communication class, she was the class speaker at her commencement convocation and is listed in “Who’s Who Among American Colleges and Universities.” Rogers spoke again at Livingston College’s Commencement, as the invited speaker in 2005.

Rogers is a meteorologist who earned her seal of approval from the American Meteorological Society. She holds a certificate in Broadcast Meteorology from Mississippi State University following three years of studies in atmospheric sciences and geosciences. Rogers was a 1992-93 Rotary International Scholar and studied at the Graduate Centre for Journalism Studies at the University of Wales. 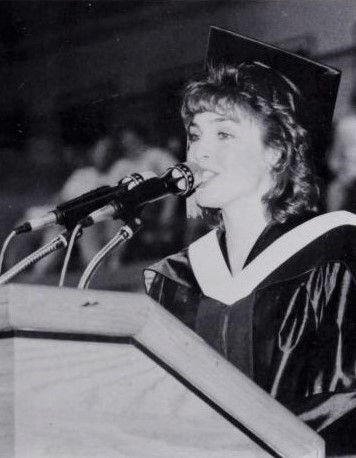 Rogers joined 6ABC in 1996 as a reporter and producer for AM/Philadelphia. Rogers quickly joined the AccuWeather team and found her true passion in weather forecasting.

She had previously worked at WHSP-TV in Vineland, New Jersey, where she was a host and producer of a weekly public affairs program and the monthly show Congressional Reports. Rogers also anchored daily news cut-ins and filed feature reports for WHSP-TV. Prior to WHSP-TV, she was a features reporter for several cable stations in southern New Jersey.

Rogers co-hosts FYI Philly, a weekly entertainment show on 6ABC. She also has co-hosted many special events broadcasts for the station, including Philly on Wheels, the Philadelphia Home Show and the Miss America Preview Special. Rogers also has reported for the 6ABC/Boscov’s Thanksgiving Day Parade, the 4th of July Parade, the Philadelphia Flower Show and the First Union Bike Race.

In addition to her work at 6ABC, Rogers is active in supporting young people. A first runner-up to Miss New Jersey in 1994, she often hosts or judges local pageants. Rogers has also been active in the fight against child abuse, and has taught elementary school students empowerment skills for reporting and preventing abuse.

Photos: (Top) Courtesy of 6ABC; (Bottom) Rogers speaks to her fellow graduates at the Livingston College 1992 Commencement, as pictured in the yearbook, Diversity: A Style of Our Own.