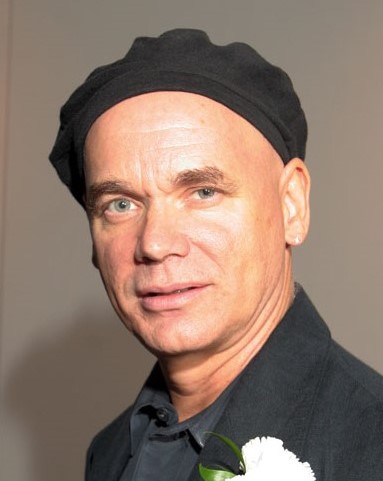 Mark Helias, a renowned bassist and composer, has been making innovative music since the mid-1970s.

He graduated from Rutgers University’s Livingston College in 1974, and in 1976 earned a master’s degree from the Yale School of Music.

In 2006, the Livingston Alumni Association honored Helias as a Livingston College Distinguished Alumnus.

Helias has recorded multiple albums as a lead musician since 1985 and dozens more with cooperative bands and other artists. His 2015 album The Signal Maker, with Helias on double bass, Tom Rainey on drums and Tony Malaby on saxophone, is the seventh he recorded as part of the trio Open Loose.

He continues performing and recording with BassDrumBone, a three-decade collaboration with Gerry Hemingway and Ray Anderson. Helias performs solo bass concerts and can also be heard in the duo The Marks Brothers with fellow bassist Mark Dresser.

Helias has also composed music for short film and two feature films by director Jay Anania. In addition to his many performances on records and CDs, Helias has produced recordings for other artists. He has taught at Sarah Lawrence College, The New School, and The School for Improvised Music.

Helias epitomizes Livingston’s early reputation as a jazz music hotbed. Reflecting on his undergraduate education, Helias said: “I came away with a broader idea of how music worked, and I think it really informed my whole career in a sense, because that’s the way I’ve approached being a composer and being an improviser and being a teacher.”

Watch a short (1 minute, 39 seconds) video saluting Mark Helias in 2006 (embedded on this page), or open the video in a new window.