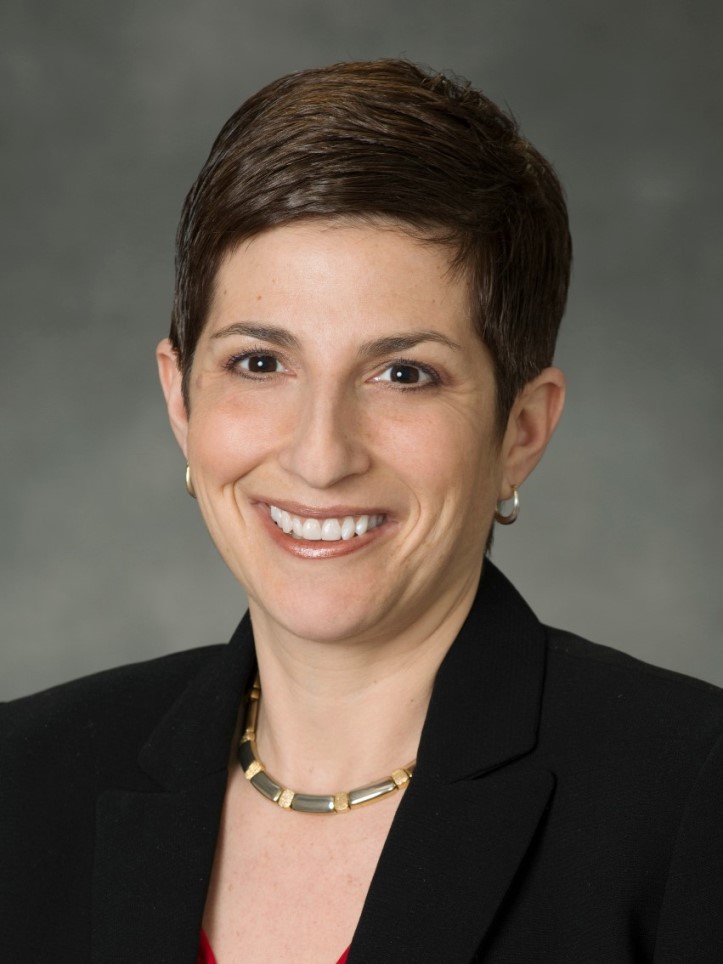 Staci Berger, a 1994 graduate of Livingston College at Rutgers University-New Brunswick, leads a statewide association which supports the creation of affordable homes and community development in New Jersey.

She received her master’s degree in Public Affairs and Politics from Rutgers University’s Edward J. Bloustein School of Planning and Public Policy and Graduate School-New Brunswick in 2004. In 2017 the Bloustein School honored Berger with a Career Achievement Award.

In the 1993 Livingston College yearbook, Berger wrote: “In the year 2003, I will be working on the same things I am working for here at Livingston: justice and equality for all. Education, at Livingston and Rutgers, is just one issue I have spent my time here fighting for. The next ten years, and probably for the rest of my life, will be dedicated to people and their right to live free.”

In an interview for the 2018 Livingston College Distinguished Alumni Award, Berger notes: “I graduated a little bit later than my incoming class. Twenty of us were suspended for taking over Bishop House in an effort to get the university to not increase tuition. We were disciplined both in the university and in the justice system for standing up for what we believed in. And that is integral to the Livingston experience.”

As the President and Chief Executive Officer (CEO) of the Housing and Community Development Network of New Jersey (HCDNNJ), Berger directs this association of more than 150 community-based development organizations.

HCDNNJ was created in 1989 to enhance the efforts of these groups to create affordable homes and revitalize their communities, and to improve the climate for community development in New Jersey. 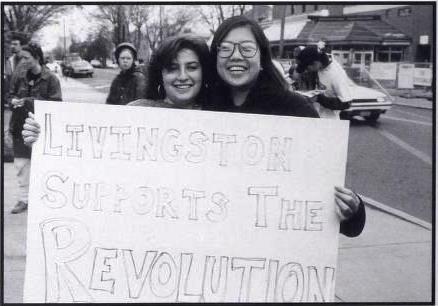 Before becoming the President and CEO, Berger served as the Director of Advocacy and Policy. In this role she was responsible for leading the community development policy staff team, including working with the policy coordinator and field organizers, to broaden and mobilize support for the network’s public policy agenda.

Representing the HCDNNJ on Community Reinvestment Act Advisory Boards for both PNC Bank and Valley National Bank, and on TD Bank’s Leadership Council, Berger assists these institutions in meeting their community investment objectives.

She has made multiple appearances on national media outlets, including MSNBC, NPR, The New York Times, and The Wall Street Journal, and is a recognized expert on housing and community development issues sought by national, regional and local press.

Prior to joining the HCDNNJ, Berger worked for nine years with New Jersey Citizen Action (NJCA) where she went from being an organizer to the Political and Legislative Director. As the Political and Legislative Director, she devised and implemented political, legislative, and electoral strategy for the state’s largest nonprofit, non-partisan independent watchdog coalition. She continues to serve on the NJCA’s Board of Directors. 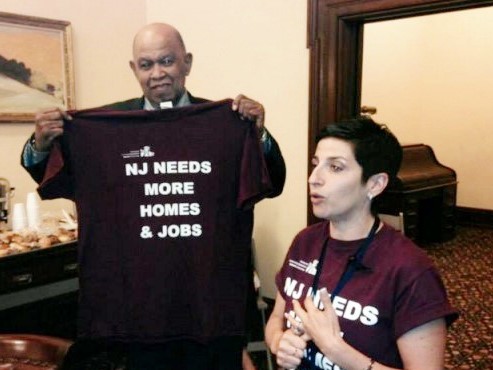 She additionally has served as an associate trainer for the Midwest Academy, a leading national training institute for the progressive movement, and worked as a labor organizer with the AFL-CIO Organizing Institute and the Health Professionals and Allied Employees/AFT/AFL-CIO.

Berger’s professional milestones and honors include:

Berger, a Massachusetts native, lives with her husband and two sons in Piscataway, New Jersey, where she is involved in volunteer efforts to improve her own community and advance social, political and economic justice. She served as President of the Martin Luther King Intermediate Elementary School Parent-Teacher Organization (PTO) from 2012 to 2014, and continues to serve as the PTO Vice President of Conackamack Middle School.

Berger has been involved in multiple, successful electoral campaigns to make the Board of Education responsive to and reflective of the needs of the school community. She helped advance school policy changes to win smaller class sizes, secure food justice, and protect the rights of all students regardless of documentation status or gender identity.

In 2016, she led the founding of the Central Jersey Progressive Democrats, and ran a campaign to elect more than 100 area residents for office in June 2017.

Her efforts led to a civil rights victory in Piscataway. On December 19, 2017, the Piscataway Township Council attempted to keep Berger from videotaping a council meeting based on a township ordinance.

On December 27, 2017, the American Civil Liberties Union of New Jersey advised the township that the law allows citizens to videotape meetings. Three days later the township announced that it would revise its ordinance to permit videorecording of its meetings, and in the interim would not enforce its old ordinance prohibiting such recordings.

Berger was a speaker at the 2017 New Jersey Congressional Reception, focusing on housing issues. She tells the audience: “We can’t just build homes, we have to also build movements. … Right now every single person needs to be involved in the fight for justice, because nobody else is going to do it for us … .” The conclusion of her speech was drowned out by applause.