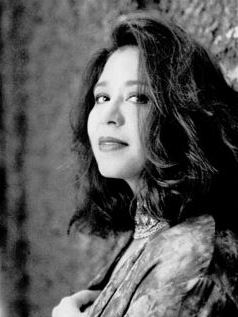 Jeanie Bryson, a 1981 graduate of Livingston College at Rutgers University-New Brunswick, is a vocalist of jazz, pop and Latin songs whose style has been described as “intimate.” 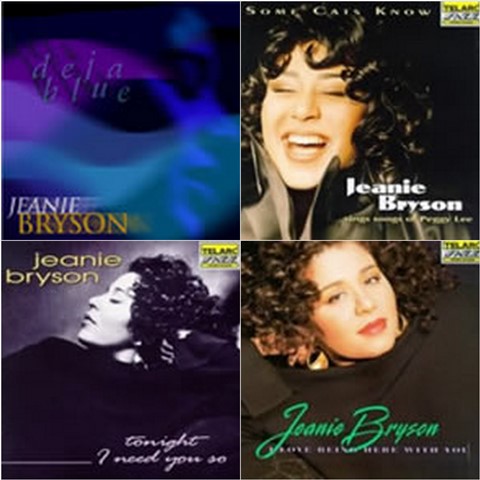 A “world-class jazz department” at Rutgers and one of her professors, Kenny Barron, inspired in her a love of jazz singing, Bryson noted on her website.

She has also been greatly influenced by her parents, the songwriter Connie Bryson and the late jazz trumpeter-singer-composer Dizzy Gillespie.

For Gillespie’s 90th birthday in 2007 (he had died in 1993) Bryson created and performed a concert tribute, The Dizzy Songbook, which played at the Guinness Jazz Festival and toured.

Bryson had met Barron when he was playing piano in Gillespie’s band in the early 1960s. Their paths crossed again at Rutgers, when Bryson took his keyboard harmony class.

In an interview for the 2018 Livingston College Distinguished Alumni Award, Bryson says that Livingston College was “my kind of place. It was a little more relaxed, a little more unorthodox … It was a really eclectic musical experience. You know, I ended up becoming a jazz singer, and of course the jazz department at Rutgers was also one of the best in this country and the world at the time.

“I got a great deal of wonderful listening experience, meeting musicians at school that ended up being, you know, really world-class players. They were my classmates so I got to play with them then and even as an adult I did records with some of the people that I went to school with. I couldn’t have picked a better place to go to school than Livingston.”

Bryson studied anthropology at Rutgers (and minored in ethnomusicology). She intended to go to law school, but was drawn to music, she noted in a 2008 interview with The Mercury of Pottstown, Pennsylvania.

“I really have no other skills aside from music,” Bryson told the music writer Ed Condran. “So it was kind of inevitable for me. I didn’t realize it until I was in my 20s. My parents did what they loved, which was music. It was my turn to do what I love, which is music as well. It runs in the family.” 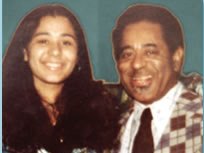 She left her day job in 1987 to sing full time. In 1996, music writer Peter Watrous noted the “conversational level” of her performance at the Village Vanguard.

“She never raises her voice or adds details when clarity works better. And the effect is intimacy,” Watrous wrote in The New York Times. “She has created a performance language rare in its ability to portray desire and humor as a part of everyday life.”

Having performed and travelled extensively throughout North and South America, Europe, Israel and Japan, Bryson has received international acclaim. Along with being a guest vocalist on several outstanding recordings over the years, Bryson has multiple solo albums to her credit. 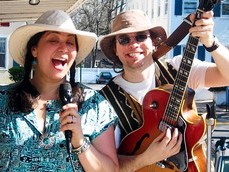 Bryson’s relationship with Gillespie was complicated by the fact that he had fathered her out of wedlock, and didn’t acknowledge their relationship publicly although he supported her privately. In the 1980s Gillespie came to hear her sing in New York, where he reportedly said, “Man, she sounds just like me.” The saxophonist Stan Getz, who was also in the audience, said Bryson sounds more like the trumpeter Miles Davis, and she agrees.

“Our musical styles were about as different as they could be,” Bryson said in a 2018 interview with Fatherly. “My father’s trademark was playing faster and higher than any other trumpet player had ever played before. Nobody had ever heard anybody play like that. His lightning speed and his dexterity were in the stratosphere.

“My style is very dark. You couldn’t find anybody that would be any different than Dizzy’s and my voice.”

Bryson is working on a book about her memories with her father.

Bryson’s husband, the jazz guitarist, singer and songwriter Coleman (Coley) Mellett, died in a plane crash in 2009. He had been traveling north to play with the Buffalo Philharmonic Orchestra as a longtime member of the Chuck Mangione band. The loss of her husband was devastating — Mellett and Bryson had been together since 1996, when he became a member of her touring band. Their everyday lives and their musical careers were completely entwined — traveling the world together for years.

One way of keeping her husband’s memory and his legacy alive has been producing a documentary about Mellett and the original songs that were left behind — on his computer in his music studio — music that Grammy-award winning producer Barry Miles saw to it was finished with the contributions of some of the world’s most acclaimed musicians, including James Taylor, Chuck Mangione, and Michael McDonald.

Photos (from top): Courtesy of Jeanie Bryson; Album covers (clockwise from top left): “Deja Blue,” “Some Cats Know: Jeanie Bryson Sings Songs of Peggy Lee,” “I Love Being Here With You” and “Tonight I Need You So”; With Dizzy Gilespie; With Coleman Mellett in 2007.