In 1990, four years after the end of his Rutgers football career, Swayne earned a bachelor of science degree in sports management from Livingston College at Rutgers University.

In 2004, the Livingston Alumni Association honored Swayne as a Distinguished Alumnus.

Swayne’s best football season at Rutgers came as a senior in 1986, when he registered 51 tackles, five sacks, nine tackles for loss and three fumble recoveries. He distinguished himself as a defensive lineman and received the Bender Award in 1986, and was named to the ECAC All-East first team as a defensive lineman.

In his 15-year career as a player in the National Football League (NFL), Swayne captured three Super Bowl rings (two with the Denver Broncos, one with the Baltimore Ravens) and also won an AFC Championship with the San Diego Chargers.

Swayne began his professional career when the Tampa Bay Buccaneers picked him in the seventh round of the NFL draft in 1987.

Swayne played for the Baltimore Ravens in 1999 to 2000 and won another Super Bowl. He retired from the playing field after one year with the Miami Dolphins (2001).

Swayne later served as the Team Chaplain for the Chicago Bears. 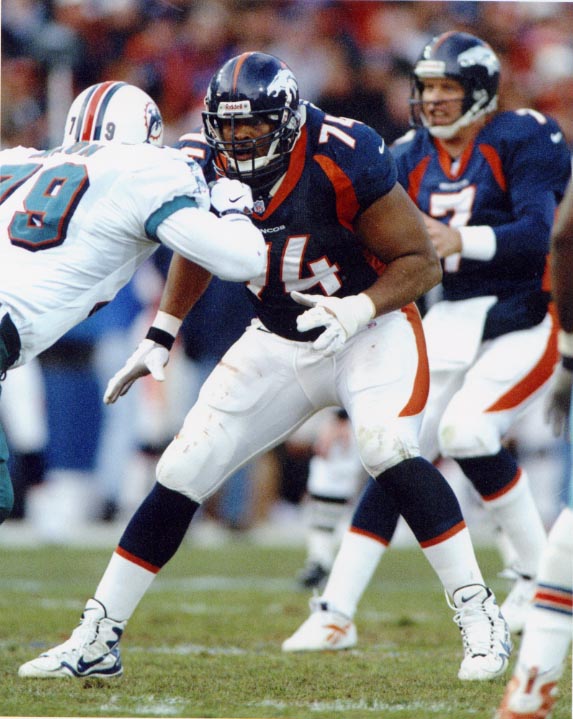 Since 2008, Swayne has overseen the day-to-day responsibilities of the player engagement department for the Ravens, including assisting players with career transition into, during and after their time in the NFL.

He rejoined the Ravens in 2008 as the Assistant Director of Player Programs, then was promoted to Director of Player Engagement in 2009. He is also a missionary for Athletics in Action, which is affiliated with Campus Crusades for Christ.

In 2003 Swayne was inducted into the Rutgers Football Hall of Fame.

The LAA also presented a special Alumni Achievement Award to Swayne on November 2, 2002, at Rutgers Stadium, during halftime of the Rutgers vs. Miami football game.

Swayne and his wife, Dawn, have three daughters and two sons.