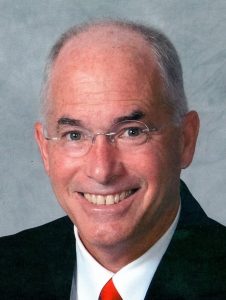 Thomas F. Daley, honored in 2002 as a Livingston College Distinguished Alumnus, was a district attorney, district judge and appellate judge who served in St. John the Baptist Parish in Louisiana for more than 30 years. He died January 31, 2015, at age 61.

Daley, a 1975 graduate of Livingston College at Rutgers University, had served as the St. John the Baptist District Attorney from 2009 to early 2015. He bowed out of a December 2014 runoff election, citing ill health.

Before serving as District Attorney, Daley was an Appellate Judge in the 5th Circuit Court of Appeal in Louisiana, a position he had held since 1996.

Daley, a native of South Seaville and Neptune, New Jersey, earned his master of laws degree at the University of Virginia and his Juris Doctor (JD) degree from Loyola University. After graduating from Loyola, he remained in the New Orleans area the rest of his life.

Daley served as an Assistant District Attorney for St. John the Baptist Parish, in private practice, and then as State District Court Judge and Chief Judge. Daley was also an adjunct professor at Louisiana State University School of Law, and served on the Louisiana Supreme Court Committees on Judicial Ethics and Legal Internships.

In 2007 the Louisiana Bar Foundation honored Daley as a Distinguished Jurist.

His additional service to the community included cleanup efforts throughout St. John the Baptist Parish, developing a program to offer job skills training to inmates and after-school tutoring, as well as leadership within his local 4-H Foundation and church.

Daley had lived in LaPlace, Louisiana, at the time of his death. He is buried at St. Elizabeth’s Cemetery in Goshen, New Jersey.