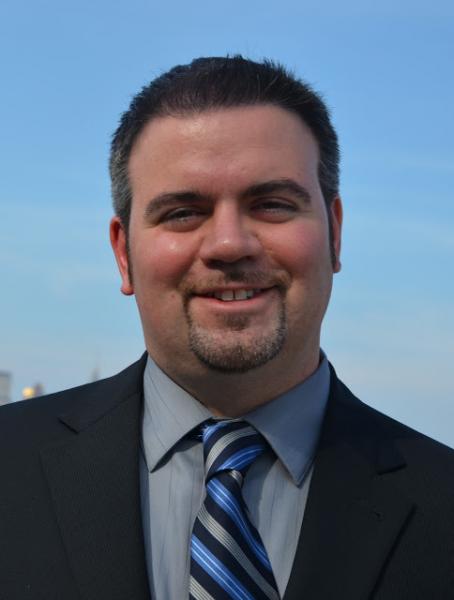 Robert P. Bertrand, honored in 2015 as a Livingston College Distinguished Alumnus, is the Chief Technology Officer at WAMU-FM 88.5, the National Public Radio station in Washington, D.C.

Before joining WAMU, Bertrand served for more than five years as the Market Chief Engineer for CBS Radio New York. He oversaw the technical operations of four FM and three AM radio stations, in addition to the CBS Sports Radio Network until January 2016.

At CBS Radio, Bertrand led a team of 20 broadcast engineering and IT pros supporting the more than 500 people who comprise these operations, including 35 studios and 40 news production workstations. Prior to taking the chief role in December 2010, Bertrand served as a broadcast engineer for WCBS 880 for five years.

Bertrand began his commercial radio career at Greater Media’s WCTC and WMGQ in New Brunswick, New Jersey, where he discovered his passion for broadcast engineering.

A 2001 graduate of Livingston College, Bertrand spent his college career to build a new radio station at Rutgers University, a joint venture with Piscataway High School. That station, 90.3 FM The Core, first broadcast in 2000.

Today it is the largest student organization at Rutgers and continues to develop new talent among the high school and college students it serves. For almost a decade after graduating, Bertrand continued to advise The Core and served as its chief engineer.

For Bertrand, Livingston College was a place for “forgotten misfits … a place for people who didn’t think that everything else in the world was OK.” And he felt right at home there, he tells us in the embedded video (2 minutes, 20 seconds). (Open the video in a new window.)