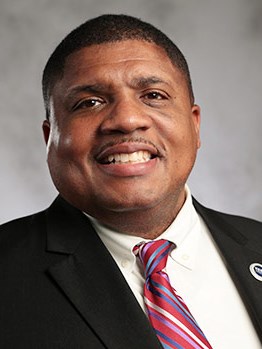 Dr. Everette B. Penn, a 1991 graduate of Livingston College at Rutgers University-New Brunswick, is working to transform the relationship between youth and law enforcement.

In 2018, the Livingston Alumni Association (LAA) honored Penn with the Livingston College Distinguished Alumni Award, for his work as a scholar and advocate on issues of criminology, as well as race, youth and justice. Penn and five other exceptional graduates of Livingston College was honored at an awards celebration on Tuesday, March 20 at Rutgers.

In 2011, Penn co-founded the Teen and Police Service (TAPS) Academy in Houston, Texas, and continues to serve as its principal investigator. TAPS uses evidence-based results to reduce the social distance between youth, law enforcement and their communities. 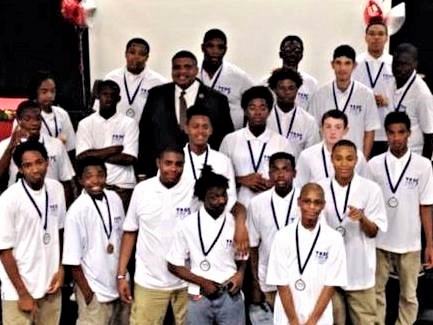 TAPS partners a cohort of youth with mentor police officers during an 11-week curriculum of pressing issues including: bullying, anger management, avoidance of gang life, drug usage, police interaction, conflict management and many other youth- and law enforcement-focused topics.

Through these interactive sessions, students gain valuable skills to manage life situations while both the youth and law enforcement officers build positive relationships.

TAPS has been implemented by communities throughout the United States, Puerto Rico and the Caribbean in order to build trust, respect, and improve the personal safety of youth, law enforcement personnel and community members.

Penn trains hundreds of police officers annually, applying 21st century policing practices. In 2016 he founded the TAPS Center, which has the mission to be the leader in research, training, teaching, and programming to reduce the social distance between youth and police.

The TAPS Academy was instrumental in the 2017 passage of Texas’ Community Safety Education Act of Texas, which requires all high school students, law enforcement officers and driver’s license applicants to receive training to improve interactions between citizens and law enforcement. Penn is a member of the law’s statewide implementation committee, which is being reviewed by several other states as a model.

Penn is currently writing the book Police and YOUth, which presents the importance of, and methods to achieve, better police and citizen (youth) relations.

Penn is a Professor at the University of Houston-Clear Lake (UHCL), where he teaches graduate-level courses in Race and Crime, and Criminology. He also has served as Social and Behavioral Sciences Division Chair at UHCL. In Houston, he has hosted podcasts and spoken on several panels for Houston Public Media, on community-police relations and “spending time with people who don’t look like us,” among other topics.

In 2005, he was named a Fulbright Professor of American Studies in Egypt. He previously served on the Board of Directors for the Fulbright Alumni Association and chaired its Diversity Task Force. 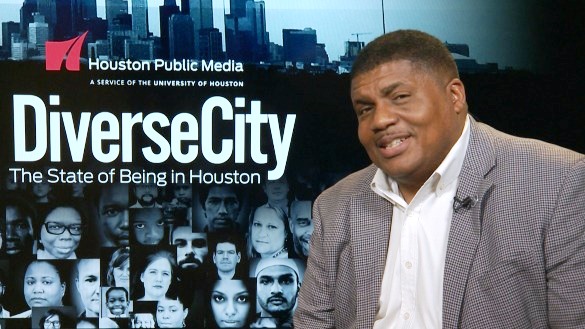 Penn has authored dozens of publications on juvenile justice, race and crime, and homeland security.

Penn earned his doctorate in criminology from Indiana University of Pennsylvania and a master’s degree in criminal justice from Texas A&M University-Central Texas. His Livingston College degree is in political science.

At Livingston College, Penn joined the Army Reserve Officers’ Training Corps (ROTC) and became an officer in May 1990. His unit was activated for Operation Desert Storm in fall 1990. That semester, he took 24 hours of coursework in order to join his unit for deployment. He went on to become a Quartermaster Officer, serving in various capacities during his military career.

Penn, as an undergraduate, often made long drives from his home of Washington, D.C., to Rutgers’ New Brunswick/Piscataway campus, noted Brian Butler, a retired Army officer who nominated Penn for the Livingston College Distinguished Alumni Award.

“His interaction with law enforcement on the New Jersey Turnpike became so routine he would often leave early in order to accommodate time for the expected stop,” Butler wrote. “Through the various encounters he built a desire to study the interaction between Black males and law enforcement. … This interest to understand and reduce the social distance between youth and law enforcement inspires his work to direct the international organization of TAPS Academy.” 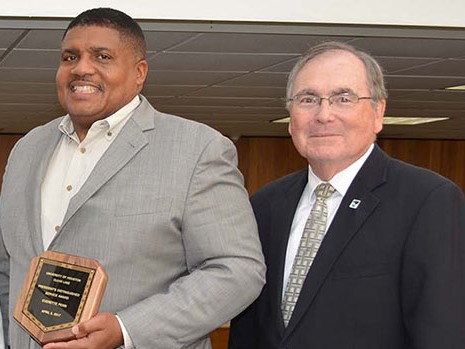 Penn has served as a U.S. Army officer, and a Volunteer in Service to America (VISTA) as well as in various leadership positions in dozens of national, international and local organizations.

“I have known Dr. Penn for nearly 30 years and have watched him flourish both personally and professionally,” Butler wrote in his nomination. “He is a man of true character and purpose. I have watched him from afar and worked beside him.

“The TAPS Academy program he built is something special and has been a force of change in how youth and police interact in communities around our great nation and internationally. TAPS Academy changes lives. … Today he is one of the leading catalysts for constructive dialogue between youth and law enforcement and is a true champion for social justice.”

Photos, from top: Courtesy of Dr. Everette Penn; Penn with a TAPS Academy class in Columbus, Ohio; Speaking on the diversity of his hometown of Houston, Texas; Receiving the President’s Distinguished Service Award from William A. Staples, President of the University of Houston-Clear Lake.