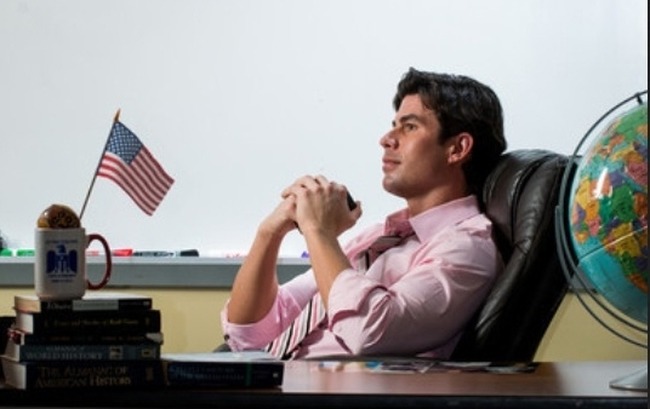 Educator and historian Nicholas Ferroni, LC’03, was honored as a Livingston College Distinguished Alumnus in 2013.

Ferroni has received national attention for his unique and innovative methodology in successfully mentoring and reaching contemporary and urban students, and has been featured in various academic and scholarly journals.

Ferroni, a former actor turned teacher, writer and host, was recently named one of the 100 most influential people in America for his commitment to education reform as well as developing a “Teach the Truth” campaign to incorporate more minority figures and groups into the high school social studies curriculum.

Ferroni was also named one of Men’s Fitness magazine’s “25 Fittest Men in the World,” “The Man of Appeal” by Rutgers magazine and “The Sexiest Teacher Alive” by People magazine. As of 2021 Ferroni is a history teacher at Union High School in Union, New Jersey.

He also is a regular blogger for The Huffington Post, writing about education, diversity and his pride in New Jersey, among other issues.

Ferroni has said that since he can’t do history, he teaches it.

His activism inside the classroom, in the media and online, though, promises to change the history of those he teaches.

His continuing lessons to his students include:

Videos: (Center) Ferroni discusses his career and passions. (Bottom) Ferroni’s acceptance video. Or open the videos in a new window.