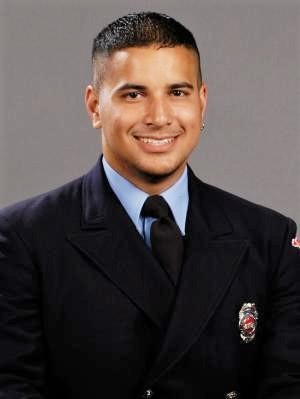 Kevin Anthony Bernardo Apuzzio, a volunteer firefighter and emergency medical technician (EMT), died on April 11, 2006, in the line of duty while attempting to rescue a woman in a house fire. He was 21, and the woman, Betty Scott, was 75. 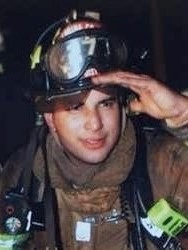 At age 16, Apuzzio, a lifelong resident of Union, New Jersey, had trained to become an EMT. In 2002 he graduated from Union Catholic High School in Scotch Plains, New Jersey.

Apuzzio had worked as a part-time EMT in Rutgers Department of Emergency Services for more than three years, and for about two years as a volunteer firefighter with the East Franklin Fire Department, Station 27, in Somerset, New Jersey, where he obtained his Firefighter 1 certification and was promoted to foreman.

Apuzzio, who had studied criminal justice at Rutgers, wanted to become a police officer in New York City. On the day of his death, his family received his police exam test results in the mail. Apuzzio achieved an almost perfect score of 99.6. 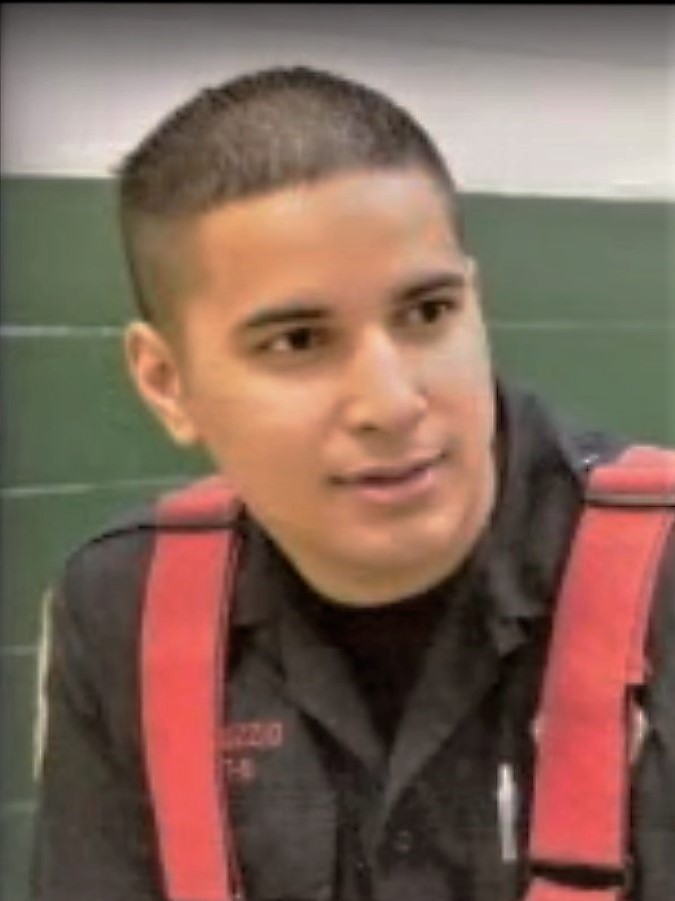 A 2009 tribute video to Apuzzio (embedded on this page) interweaves recollections from his parents and from Dan Krushinski, East Franklin Fire Chief.

Joseph Apuzzio called his son a role model. “If he even knew you just a little bit, he’d do anything he could. … He volunteered for just about anything.”

At the fatal fire, Chief Krushinski said, Apuzzio answered the call and entered the burning house “without hesitation, without doubt in his mind.”

His father also remembers taking Kevin fishing: “The first time I took him fishing, I guess he was 6, maybe 7 years old. And he caught a trout, a good size trout, OK? So he drags the trout onto the shore, and I got to pick it up and he saw where the hook was and he got very upset. He said he didn’t want to hurt the trout.”

Krushinski remembered Apuzzio as “a gentleman and easy-going, but he wanted to help people.”

“I think if you drove down (Interstate) 287 and passed five people with flat tires, he probably would have stopped and helped all five people change their tires.”

In 2007, one year to the day after Apuzzio’s passing, members of the Rutgers community and the Apuzzio family gathered in the university’s Public Safety Building to honor him by renaming the training facility the Kevin Apuzzio Training Center.

“Kevin personified the best of Rutgers students: hard work, community involvement and a desire to help others,” said Richard L. McCormick, then president of Rutgers. “We use this training center to prepare public safety personnel to serve and protect our community. It is only fitting that it bear Kevin’s name.”

In December 2013, the voting members of the East Franklin Fire Company established the Kevin A. Apuzzio Memorial Foundation to provide funds and support to student firefighters following in Apuzzio’s footsteps of community service. In June 2014, the foundation officially incorporated as a New Jersey nonprofit corporation. Funds raised support the foundation’s mission to carry on Apuzzio’s legacy through scholarships and outreach programs.

On the 10th anniversary of his death in 2016, friends and family remembered Apuzzio, with the Union Township Committee and the Union County Sheriff presenting commemorative resolutions to his family.

Apuzzio was survived by his parents, Joseph and Marili, and a sister, Leila. He is buried at Mount Olive Cemetery in Newark, New Jersey.

Watch the LAA’s interview and video tribute to Apuzzio (2 minutes, 32 seconds), embedded on this page, or open in a new window.

Photos courtesy of the Apuzzio family and the East Franklin Fire Department.