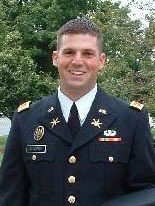 U.S. Army Lt. Seth Jeremy Dvorin, a 2002 graduate of Livingston College at Rutgers University, was killed in battle near Iskandariyah, Iraq, on Feb. 3, 2004. 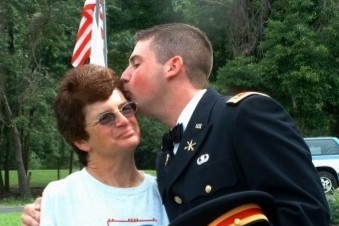 Dvorin’s sister, Rebekah, told The Associated Press that the Army informed her that “Seth’s unit had been ordered to clear the area of the homemade mines and bombs that have killed dozens of troops. … They were in a convoy and saw something in the road. My brother, the hero, told his driver to stop. That’s when the bomb detonated, when they were trying to dismantle it.”

Dvorin earned a Bachelor of Science degree in Administration of Justice from Livingston College in 2002. Born in Freehold, New Jersey, he grew up in East Brunswick and South Brunswick, New Jersey. He graduated from South Brunswick High School, where he played football and baseball.

Dvorin traveled extensively, including to Europe and Israel. He loved animals and cars, especially Mustangs, and was an excellent cook. He had lived in Evans Mills, New York, at the time of his death. 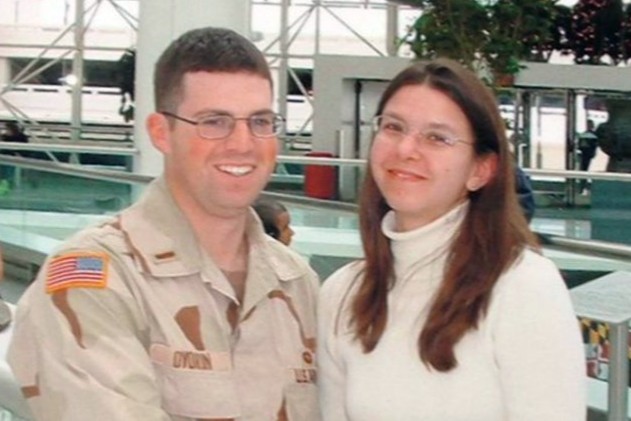 Dvorin was posthumously awarded a Bronze Star for valor. He was buried in Marlboro Memorial Cemetery, Monmouth County, New Jersey.

Surviving Dvorin were his wife, Kelly Harris Dvorin, whom he married on August 26, 2003, five days before leaving for Iraq; his mother, Sue Niederer, and her husband Greg; his father, Richard Dvorin, and his companion Ellen Sutton; his sister, Rebekah Dvorin, and her then-fiance, Walter Gruszka; his stepbrother, Joshua Dvorin; his paternal grandmother, Ruth Dvorin; his maternal grandfather, Jacob Sapir; and his uncles Gary Sapir and Howard Dvorin.

Dvorin’s mother, Sue Niederer, has protested the Bush Administration for the US involvement in Iraq, and criticized Donald J. Trump for his insensitivity to Gold Star families who have lost family members in battle.

As of 2018 she continues to speak on behalf of the GI Go Fund, a national nonprofit organization that helps veterans find employment and secure education and health care benefits, and provides assistance to low-income and homeless veterans, according to a May 26, 2018, article from My Central Jersey. Friends of Dvorin founded the GI Go Fund in 2006.

Seth Dvorin’s father, Richard Dvorin, a U.S. Air Force veteran, worked through his grief by volunteering for a phone hotline for veterans and their families.

Richard Dvorin also served as Past Commander for the Lt. Seth Dvorin Jewish War Veterans Post #972 in Marlboro, New Jersey, renamed for his son in 2004. Richard Dvorin died in 2013.